Iran nuclear talks: A breakdown of the Vienna negotiations


Can the landmark 2015 nuclear deal between Iran and world powers be restored? As Iran and six global powers gather in Vienna Monday to discuss the tattered treaty, the answer appears to be no.

Since then-President Donald Trump withdrew from the agreement in 2018, Iran has raced forward with its nuclear program, making it all but impossible to simply turn back the clock. The election of a hard-line leader in Iran, coupled with a U.S. administration seen as weak in the region, have further dampened prospects for a breakthrough.

The outlook appears so grim that prominent voices in Israel, which pushed Trump to withdraw from the deal, are now saying the move was a huge mistake.

Former Israeli Defense Minister Moshe Yaalon, who fiercely opposed the original deal, was one of the rare Israeli voices to argue against withdrawal at the time. He now says the U.S. pullout has turned out to be the “main mistake” in the region of the past decade.

A flawed deal, he told a security conference last week, “probably was better than not having the agreement and to allow the Iranians to use the withdrawal as an excuse to go ahead with the project.”

“Now they are in the closest stage they have been ever to become a (nuclear) threshold state,” he said.

Here’s a closer look at the deal and what to expect this week:

WHY DID THE ORIGINAL DEAL COLLAPSE?

The 2015 agreement between Iran and world powers — spearheaded by President Barack Obama — aimed to prevent Iran from being able to build a nuclear bomb. It offered Iran relief from crippling economic sanctions in exchange for curbs of 10 to 15 years on its nuclear activities. Iran says its nuclear program is solely for peaceful purposes.

Critics, led by then-Israeli Prime Minister Benjamin Netanyahu, assailed the deal because the restrictions on Iran were temporary. They also complained it did not address Iran’s non-nuclear military activity — such as its support for hostile militant groups and development of long-range missiles.

When Trump withdrew, with strong urging from Netanyahu, he promised a campaign of “maximum pressure” on Iran. However, the approach appears to have backfired. Despite increased U.S. sanctions, Iran’s government remains firmly in power, and the country has raced forward with nuclear research banned by the original deal.

The flag of Iran waves in front of the the International Center building with the headquarters of the International Atomic Energy Agency, IAEA, in Vienna, Austria on Monday, May 24, 2021.
(AP Photo/Florian Schroetter, FILE)

CAN’T THE DEAL JUST BE REINSTATED?

Iran began exceeding the limits of the agreement after the U.S. withdrawal, and now enriches small amounts of uranium up to 60% purity — a short step from weapons-grade levels of 90%. Iran also spins advanced centrifuges once barred by the accord and its uranium stockpile now far exceeds the accord’s limits.

Experts say that even if Iran were forced to give up its uranium stockpile or halt its research, the expertise it has gained cannot be taken away.

WHAT ARE THE PROSPECTS FOR THIS WEEK’S TALKS?

In the short term, it does not look encouraging. Heading into the talks, Iran’s hard-line president, Ebrahim Raisi, has made maximalist demands, including calls for the U.S. to unfreeze $10 billion in assets as an initial goodwill gesture.

The tough line might be an opening gambit. European negotiators remain confident a deal will be reached in the short to medium term.

But U.S. officials do not appear optimistic. President Joe Biden and his top advisers have held a series of meetings in recent weeks with key allies and negotiating partners to prepare for the possible failure of talks.

Because of Trump’s withdrawal, the Americans won’t even be in the negotiating room. Instead, they will be nearby and work through mediators.

Speaking to NPR, he said the U.S. prefers a diplomatic solution. But if that is impossible, he said the U.S. will respond accordingly. “The options that are at America’s disposal are, you know, they’re familiar to all,” he said.

Given the tepid U.S. response to alleged Iranian military activity in the region, including attacks on civilian shipping in the Persian Gulf and a strike on a U.S. base in Syria, U.S. military action does not seem to be a serious threat. The United States’ bungled pullout from Afghanistan has further eroded American credibility in the region.

“I’m very pessimistic,” said Yoel Guzansky, a former official in the Israeli prime minister’s office who is now a senior fellow at the Institute for National Security Studies in Tel Aviv. “Iran shows patience, resilience, determination. I’m sorry to say the Americans don’t show that, and we don’t have a lot of time.”

In this Oct. 5, 2021 file photo, Israeli Prime Minister Naftali Bennett speaks at the weekly cabinet meeting in Jerusalem. Iran and world powers resume talks in Vienna this week of Nov. 28,  aimed at restoring the nuclear deal that crumbled after the U.S. pulled out three years ago. There are major doubts over whether the deal can be reinstated after years of mounting distrust.
(Ronen Zvulun/Pool via AP, File)

WHAT CAN ISRAEL DO?

Israel is not a party to the talks, but it has a huge stake in the outcome.

It considers Iran to be its No. 1 enemy and views a nuclear-armed Iran as an existential threat. Israel is believed to be the only nuclear-armed state in the region, though it does not publicly acknowledge its own arsenal.

Netanyahu’s successor, Naftali Bennett, has been careful not to clash with Biden in public. But his positions are similar to Netanyahu’s. He has expressed hope an improved deal would emerge from the talks but reiterated Israel’s longstanding threat to take unilateral action if necessary.

“We will maintain our freedom to act,” he said last week. On Sunday, he said Israel is “very disturbed” by what he sees as a willingness by the global powers to lift sanctions and reinstate “insufficient restrictions in the nuclear sphere.” He said Israel has been passing this message to all concerned parties.

Despite such threats, Israel might hesitate. Iran has spent the past decade scattering its nuclear sites and hiding them deep underground. Plus, Israel might be reluctant to sabotage a global diplomatic effort.

IS IRAN OVERPLAYING ITS HAND?

China and Russia, two important Iranian outlets for trade and parties to the deal, could grow impatient with Tehran, especially if a now-shaky system of international nuclear inspections falls apart. Economic pressure continues to squeeze Iranians, who have seen their savings evaporate with the free-fall of the country’s currency.

If talks drag on, the U.S. might turn to new sanctions or even military action. There’s also the risk of a military intervention by Israel.

“We’ll see in the coming days what exactly” Iran’s approach will be, State Department spokesman Ned Price said last week. “But we’ve also been very clear that this is not a process that can go on indefinitely.” 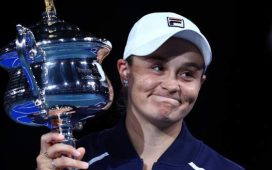 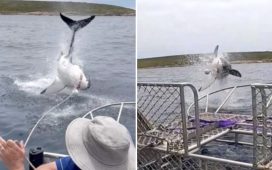 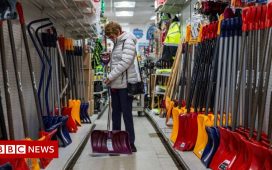