Apple has unveiled the iPhone 11 Pro, its first ever “pro” iPhone.

The new handset is the premium version of the iPhone 11, which Apple revealed just before. Just as with the cheaper model, the company focused primarily on the camera in its announcement.

The company said that its improved screen as well as new colours justify the “pro” moniker, which has only ever been used on bigger devices.

“This is the first phone that we’ve called pro,” said Apple’s Phil Schiller, as he unveiled the phone.

“For us that means it’s the first device that pros can count on to get work done. But it’s also a device for all of us who want the best product made, even if we’re not a pro.”

The iPhone 11 Pro costs $999 or $1,099 for the bigger “Max” version, the same price as the XS and XS Max they replace. Pre-orders will begin on Friday – at the slightly later hour of 5am pacific daylight time – and will all start shipping on 20 September.

The new phone comes in a number of colours, including a brand new green. And those finish are also matte, rather than the shiny gloss in previous versions.

It also includes three different lenses in the camera. As well as the normal one, and the zoom that arrived in recent iPhones, it also has an “ultra-wide camera” that can allow for images that take in twice as much as the previous phone.

The iPhone can take photos with all of those different cameras at once, Apple said, letting people choose either to zoom in or to use the new wider lens to take in the full detail. The three cameras are able to talk to each other, so that they are aligned ready for switching between the different lenses.

It also includes a feature called “Deep Fusion” which can use machine learning to take a variety of different photos at once and combine them into the best version of any photo. “It is computational photography mad science,” said Mr Schiller, “it is way cool”.

It also includes new video recording features, as well as updated editing tools to allow them to be adjusted after the fact. The phone has the ability to record through two of the cameras at once, and switch between the two even as video is being recorded.

Inside the phone is Apple’s brand new A13 Bionic chip. The company said that will be vastly quicker than all of the chips it has made before, but that it can also work less hard to preserve battery life.

Apple said there was also a variety of new features it did not have time to discuss, including upgraded material that gives it the strongest glass in a smartphone.


No, is the answer to that question.

The Apple boss waves farewell with a “thank you and have a great day”.

Tim Cook is back on stage. Will there be a “one more thing”?


A quick update from Apple Retail.


This is how the three new phones fit into Apple’s iPhone range.

They will be available for pre-order from 5am Pacific Time this Friday and will be shipped from 20 September.


There’s a brief mention of privacy, but then it’s back on to talking about the camera.

“iOS 13 is developed from the ground up with privacy in mind,” the video says.


“We think this is the most exciting iPhone yet,” Apple’s Phil Schiller says. “We’ve made a video to tell you all about it.”

The viewers on Apple’s YouTube stream are beginning to drop off now. Either they’ve got their fill of iPhone 11, or they’re getting a little tired of all these ads.


The focus of this iPhone unveiling has been very much on the camera.

At least 75 per cent of the iPhone 11 Pro presentation has been about the triple-camera system.

There’s another video to showcase the phone’s video-taking and editing capabilities.


The iPhone 11 Pro can do this by taking nine pictures at once. A neural engine then generates the output image.


Here’s what those three lenses actually do.

Apple has unveiled the iPhone 11 Pro, its first ever “pro” iPhone. The new handset is the premium version of the iPhone 11, which Apple revealed just before. “This is the first phone that we’ve called pro,” said Apple’s Phil Schiller, as he unveiled the phone.


The display also has a new name.


It’s the first iPhone that Apple has called Pro.

It comes in some very professional colours.


Tim Cook is back on stage. He’s going to tell us about another iPhone.

And even better iPhone.


It’s not entirely clear what this one is demonstrating. There’s a baby and a candle and someone who dropped their iPhone down a sofa…

Aha, the tagline at the end is “All-day battery life”.

READ  Cryptocurrency boom as price of Bitcoin, Ethereum and other major coins surges 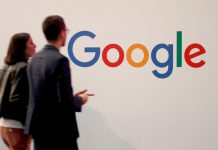 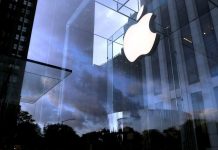 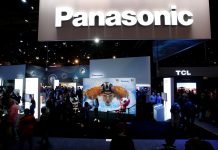