International fraudster posed as Olly Murs to swindle lovestruck fans out of £200,000


A CALLOUS international fraudster posed as Olly Murs to swindle lovestruck fans out of nearly £200,000.

Cops have launched an investigation after claims by fans in at least two countries saying the fraudster pretended to be the hit singer from The X Factor.

The fraudster is said to have set up a fake online profile and even forged the star’s driving licence, complete with an address in the singer’s hometown in Essex.

One single mum, 46, who lost nearly £80,000, told the Sunday Mirror: “He completely fooled me and I gave him everything. I was convinced it was Olly. I thought we’d spend the rest of our lives together.”

The mum, who wanted to remain anonymous, said she was bombarded with supposedly romantic messages like: “I love you so much and all I want is to spend the rest of my life with you.”

After spending nearly three years under the spell of the scammer the woman eventually went to the cops in Austria where she lives, last week.

The mum is also in contact with another woman who lives in Germany who says she was conned out of £100,000.

Speaking from Vienna, she said: “It takes time to accept it wasn’t true. I would have come forward before but I didn’t want to damage his career.

“Today I would say there is nobody more stupid than me, but maybe I wanted to believe.”

The mum set up a Twitter account in 2018 after a break-up and started following profiles about pop music.

She then got a private message claiming to be from the 37-year-old millionaire Brit popstar who has sold 13million records.

They began chatting and the fraudster started asking her personal questions like if she was single and if she had kids.

After a while the fraudster asked her to download Google Hangouts so they could “talk more securely”.

The con-artist posing as Olly Murs then claimed they felt trapped by fame and wanted to get out of their contract so they could lead an ordinary life – with someone like her.

He completely fooled me and I gave him everything

Victim of the fraudster

The fraudster told her they had £2.5m stashed away in a Spanish bank account but was having problems keeping up paying the fees and taxes, spinning the line that his management barely paid him.

Soon she was sending thousands of euros to the account in Spain.

Due to the money she was sending the mum, who has a teenage son, was forced to take out a £31,000 loan and was struggling to pay her own bills.

Although she was beginning to become suspicious she still kept in contact and the pair would exchange up to 600 messages a day.

“There was a voice in my mind saying, ‘Are you stupid?’ But then he is really caring. He lets you feel he really loves you,” she said.

“I did think, if he was famous, why would he do this? [But] you hear about other famous people like Britney Spears under contract… I thought it could be the same case.”

To keep her stringing along, the fake Murs sent her selfies of the star, a fake driving licence and talked about real events the singer had been involved in.

The fraudster would even pretend to try to make a video call before claiming the sound wasn’t working.

In a particularly low trick they even created a spoof account of Murs’ mum, Vicky-Lynn, which was used to send the mum messages that blamed her for not loving ‘Olly’ enough.

In November 2018, when the real singer released the album You Know I Know, the fraudster wrote: “I know all this take time and money from you but I was not lying to you at all… I love you so much and all I want is to spend the rest of my life with you.”

At this stage she had handed over more than £60,000 but she broke off contact at the end 2018 only for the fraudster to win her back at the beginning of 2019.

The fraudster then started asking her to buy Bitcoin for them.

One message read: “We started it together and we will finish together as a family. Can help with 1500 pls I beg you for the sake of love and happiness.”

The woman was devastated when she learnt the real Olly Murs had started dating bodybuilder Amelia Tank, 29, later in 2019.

But the devious scammer used the fake Vicky-Lynn account to tell her the relationship meant nothing and it was “just business”.

The faker then convinced her in March 2020 to send them €2,000 so they could charter a private plane in order to come and visit her in Austria – but they never arrived.

Earlier this month she was finally able to rid herself of the fraudster after they unwittingly put her in contact with another one of their victims while exchanging messages.

The woman estimated she had lost £77,000 in total and said she struggled to pay her debts but hopes she can prevent others falling for a similar scam.

She said: “I know I will not get the money back. But I could save another woman.”

A spokesman for Vienna police confirmed it had launched a fraud investigation into the case.

While the real Olly Murs has not commented on the case he has posted videos on his Instagram page warning fans about fake accounts.

Olly Murs reveals his muscly new look on The Cube

Chris Rock says he has Covid-19 and urges doubters: ‘Get vaccinated’ 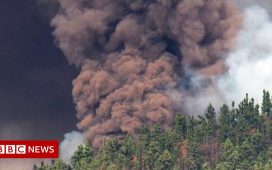 The problem with OnlyFans’ mainstream dream 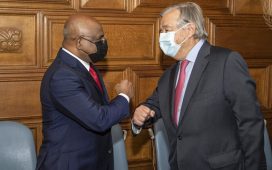 Controversial UN conference on reparations, racism slammed by Pompeo as being 'laced with anti-Semitism' 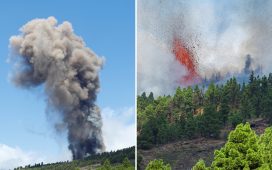