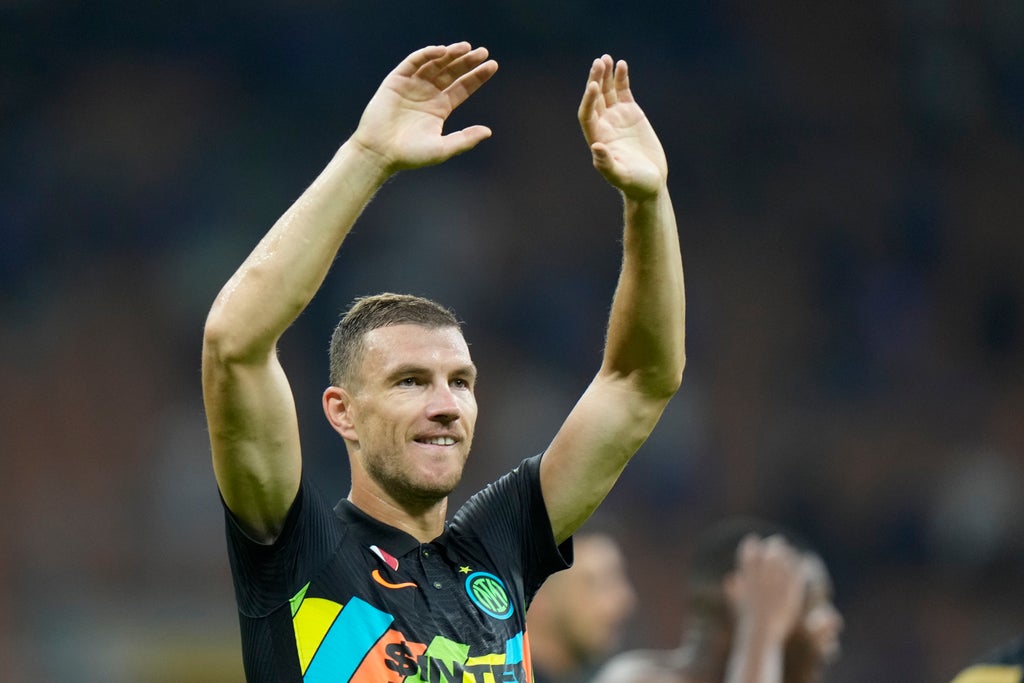 Edin Dzeko scored twice as Inter Milan returned to the top of Serie A with a thumping 6-1 win over Bologna on Saturday.

Lautaro Martinez opened the scoring after just six minutes and further strikes from Milan Skriniar and Nicolo Barella put the hosts out of sight before half-time.

Matias Vecino made it 4-0 and Dzeko’s late double put the gloss on his side’s display before Arthur Theate struck a late consolation.

Riccardo Saponara came off the bench to inspire Fiorentina to their third straight win with a 2-1 success at Genoa.

The Viola had their chances in the first half but it took a stunning strike from Saponara after cutting in from the left flank in the 60th minute to break the deadlock.

Saponara then set up his side’s second for Giacomo Bonaventura before Domenico Criscito scored a penalty with the last kick of the game.

Ten-man Atletico Madrid edged back to the top of LaLiga but were fortunate to cling on for a goalless draw against unbeaten Athletic Bilbao.

The hosts had substitute Joao Felix sent off in the 78th minute for dissent, after he protested his initial booking for a foul on Bilbao’s Unai Vencedor.

And Diego Simeone’s men almost lost the game in injury time when Asier Villalibre missed a golden chance for the visitors.

An early Oscar Trejo penalty paved the way for Rayo Vallecano to ease past still-pointless Getafe 3-0, with late goals from Pathe Ciss and Radamel Falcao confirming the home side’s victory.

Elche and Levante shared a 1-1 draw, with Jose Luis Morales netting for the visitors to cancel out a 33rd-minute opener from Lucas Perez.

Joshua Kimmich scored twice as Bayern Munich continued their impressive start to the season with a 7-0 thrashing of Bochum.

The home side led 4-0 at the break after goals from Leroy Sane, Kimmich, Serge Gnabry and an own goal from Vasilis Lampropoulos.

And there was no let-up for the struggling visitors after the interval as Robert Lewandowski fired home on the hour-mark, scoring in a 19th successive Bayern appearance, followed by a second for Kimmich before Eric Maxim Choupo-Moting rounded off the rout.

RB Leipzig avoided a third straight defeat but their sluggish start to the new season continued as they were held to a 1-1 draw at Cologne.

Florian Neiderlechner came off the bench to secure Augsburg’s first win of the season with a 1-0 triumph over Borussia Monchengladbach, while the games between Mainz and Freiburg, and Arminia Bielefeld and Hoffenheim, ended goalless.

In Ligue 1, Lens secured their first league derby win over Lille in 15 years as Przemyslaw Frankowski scored the only goal of the game at the Stade Bollaert-Delelis.

In a match marred by an outbreak of crowd trouble at half-time, Frankowski struck a 71st-minute winner to send his side into second place and leave Lille languishing on just five points from their first six games. 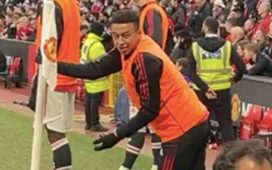 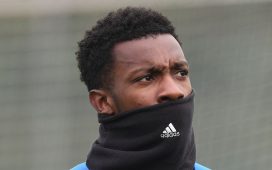 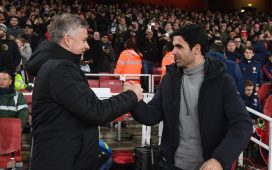