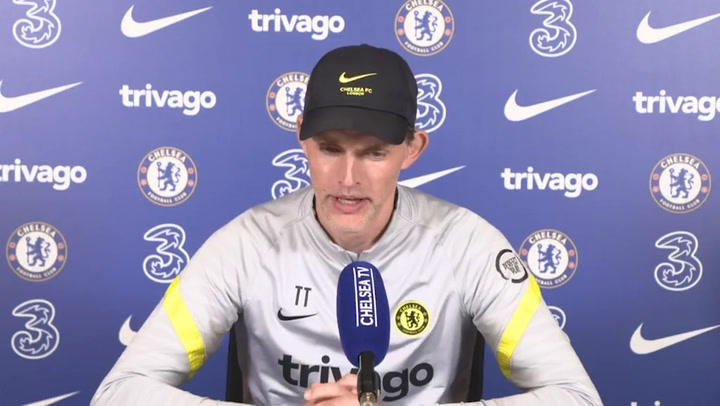 Romelu Lukaku has been accused of swapping Inter Milan for Chelsea so he could “double his salary”.

The Belgian returned to Stamford Bridge in the summer having left the Blues permanently back in 2014.

Chelsea spent £97.5m to bolster their attacking ranks, with Timo Werner struggling to produce consistently in his first season in west London.

Lukaku had been instrumental for an Inter side that won Serie A for the first time in over a decade.

The Nerazzurri bought the 28-year-old from Manchester United back in 2019 and saw him score 64 times in his two years at the San Siro.

Chelsea’s wealth, though, means they can afford to pay the striker far more than he was on at Inter.

HAVE YOUR SAY! How many goals will Lukaku score for Chelsea this season? Comment below

Romelu Lukaku returned to Chelsea in the summer

The Italian club’s CEO Beppe Marotta claims Lukaku’s replacement, Edin Dzeko, is a match for his predecessor, who he accused of departing for financial reasons.

He told Corriere della Sera : “Lukaku was sold for €115m and we bought Dzeko for free. On the pitch, there isn’t much difference.

“Lukaku left to double his salary, in Italy these figures can’t exist.

“Today, we can’t make important investments, I wouldn’t be allowed to sign Lukaku for €75m (£63m/$87m). We need reduced and specific investments.”

Lukaku made an instant impact at Chelsea, scoring on his debut against Arsenal.

Many see the Belgian as the final piece of the jigsaw with Thomas Tuchel looking to mount a title charge with the Blues.

All in all the forward has netted four times in 11 outings since his return to England.

But Lukaku picked up an injury in the Champions League win over Malmo on Wednesday, leaving Tuchel with decisions to make ahead of the weekend.

The Blues boss claimed that the Belgian pushed for a move back to the Bridge after the striker completed his transfer in the summer.

“He was super hungry,” said Tuchel.

“He did everything to take this chance to make it happen. Of course he had a huge impact at Inter: he was a huge player with a lot of responsibility on his shoulders, winning a big [Serie A] title for Inter last season.

“So it was actually very important to us that it was his desire to rejoin Chelsea and to finish his story here in the way that he wanted for himself.

“We think that Romelu, coming through here and always having Chelsea in his heart, is the perfect addition because he embodies all that.”