PHIL NEVILLE has lauded Romeo Beckham’s start to life in the game as the son of David Beckham looks to break out at Inter Miami.

Club co-owner Beckham told Neville, the Inter head coach and a former team-mate of David’s, that he wants Romeo to earn his place.

The 19-year-old followed in his father’s footsteps by becoming a professional footballer this month – albeit with no public announcement – and made his debut for the Miami side’s sister team Fort Lauderdale on Sunday night.

Beckham Jr made his debut on Sunday, starting and playing 79 minutes in a 2-2 home draw with South Georgia Tormenta.

Neville said: “I think the first thing that David said to me was, ‘You have got to be harder on him than anyone else’.

“He has got to work harder than anyone else to get into that team because there will be questions, there will be expectations on his shoulders.”

Like his old man, Romeo lined up on the right flank and showed a penchant for whipping in crosses in the USL League One game at DRV PNK Stadium in Florida.

The service lacked the quality that helped Golden Balls enjoy an illustrious career, but nonetheless Neville came away impressed.

He added: “I thought he did really well.

“I think the measure of his performance was that he was only planned to play 45 minutes, and he played nearly 80 minutes because he is a boy that is hungry.

“He has got a lot of pressure and expectation on his shoulders, but what he has got is his feet firmly on the ground.

“He knows he has got a lot of development to do, and he has got all the right attributes – character, determination, good person – to have a really good opportunity of making it in professional football.”

The Inter Miami manager also talked about how well liked Romeo already is among the Fort Lauderdale players.

Neville noted: “He is so popular in the dressing room. He has obviously been brought up the right way by his parents.”

Having been limited to just 19 touches on his debut and focus as much on defence as attack, Romeo will be hoping to enjoy better performances in the matches ahead.

He should fare better once he adjusts to the speed of play and learns more about the styles of team-mates like Neville’s son Harvey, who signed a deal with Fort Lauderdale earlier this year.

Harvey and Romeo’s arrivals in an organisation that is run in part by their famous fathers have led to some whispers of nepotism.

But Phil, 44, rejected that notion, and said: “These boys have made the decision themselves.

I played no part in signing my son. It was done by other people.

“When I joined this football club, Harvey was at Manchester United… and I played no part in signing my son. It was done by other people.

“The decision was made by my boy, and that is a decision he has got to make himself. He knows when he is in this football club he is no different than any other player, and it is the same with Romeo.”

The next chance that the Beckham and Neville tandem may be on display for Fort Lauderdale — who are effectively in the third tier of the US pyramid — might come on October 1 away to Greenville Triumph. 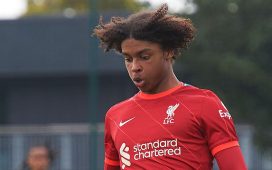 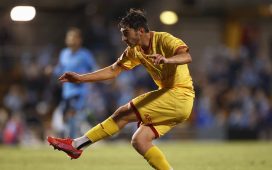 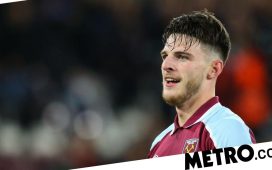 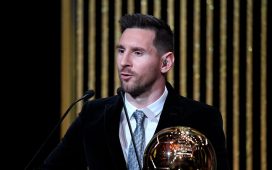