Instant Opinion: ‘prepare for an even more deadly pandemic’


The Week’s daily round-up highlights the five best opinion pieces from across the British and international media, with excerpts from each.

on a second outbreak

Time to prepare for an even more deadly pandemic

“The winner of the presidential election, whether that is Donald Trump or Joe Biden, will need to overcome the COVID-19 pandemic — the worst international health emergency since the 1918 influenza outbreak — and also begin preparing the United States and the world for the next pandemic. Think it is too soon to worry about another pandemic? A new outbreak could easily evolve into the next epidemic or a pandemic that spreads worldwide. As lethal as this coronavirus has been, a novel influenza could be worse, transmitting even more easily and killing millions more people.”

2. James Kirkup in The Times

on the left- and right-wing fail young people

Feed the children but help their parents too

“If we accept that no child should go hungry because their parents alone cannot feed them, can we tolerate the unequal life chances that arise from differences in parenting? No politician who claims to want more social mobility should do so. Yet politicians are squeamish when it comes to parenting. People on the left avoid talking about it because they do not want to judge or blame. People on the right recoil from interfering in private family life. Both let children down.”

3. Winston Morgan in The Guardian

on structural racism in the pandemic

Race is clearly a factor in Covid deaths, but the UK government is in denial

“The government’s position that structural racism plays no role in Covid-19 deaths requires us to conveniently forget the data on the disproportionate impact of the virus on certain groups. When combined with narratives of the victims presented in June’s Public Health England report on the impact of Covid-19 on Black, Asian and minority-ethnic communities, this is prima facie evidence of structural racism. Governments on both sides of the Atlantic have long been reluctant to accept that any racial inequality is caused by structural racism: it goes against everything they claim to stand for as liberal democracies. Any acknowledgement of the existence of racism would be seen as a failure of government, so instead they prefer denial.”

4. Hugh Morris in The Independent

on the pop star’s misguided investment

“There is a heart-warming story accompanying the announcement, further solidifying the 26-year-old’s highly marketable boy-next-door image. But what Manchester’s struggling music scene needs least of all right now is a new venue. It is people, more than places, that we should be investing in. It’s the musicians, yes, but it’s also the composers, the technicians, the roadies, lighting, sound and stage management, often in already precarious freelance careers, now destroyed by the pandemic. And it’s the small venues with interesting histories where the next generation of Manchester acts might flourish that deserve our support.”

5. Julia Hartley-Brewer in The Daily Telegraph

on a ‘rare voice of reason’

Why is Victoria Derbyshire apologising for her Rule of Six comments?

“I was delighted when BBC presenter Victoria Derbyshire said she had no intention of sticking to the Rule of Six on Christmas Day, and was planning to have her usual table of seven family members. Finally, someone had pointed out the emperor’s lack of undergarments. Unfortunately, the sanity was but a brief interlude. Derbyshire has since backtracked, apologised and sought absolution for her sin of relying on her own common sense rather than a limit, plucked from thin air, on the number of people who can safely sit around a dining table and eat turkey without falling dead.” 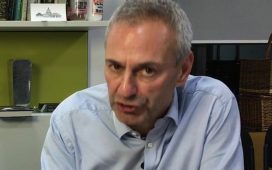 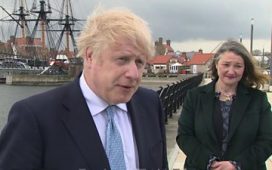 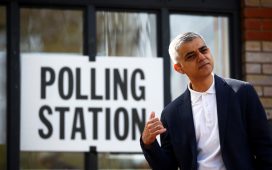 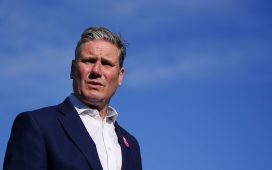 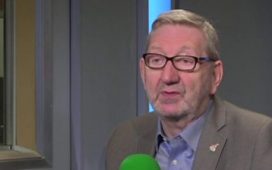