Social media is a blessing and a curse.

As a source of connectivity, it’s brilliant.

But it also fuels comparison culture, which (we all know by now) can be detrimental to body image, mental health and so many other areas.

So the arrival of Facebook and Instagram’s new ‘hidden likes’ feature is music to lots of people’s ears.

Essentially, the new function allows you to hide both the like counts on other people’s posts that appear in your feed and those you post to your own account.

This means, finally, users can take control on social media.

It’s a small but positive step for those who want to still use apps like Instagram and Facebook, but not have them wreck havoc on their mental health.

Natalie, a journalist from London, explains that she’s already using the function and thinks it’s come at a good time for her.

She says: ‘I immediately hid likes as soon as it became an option on Instagram. Post-lockdown, that old anxiety of feeling like everybody is achieving more than me/having more fun than me/has more friends than me, has been slowly creeping back.

‘I have a tricky relationship with Instagram because I am acutely aware that the comparison stuff can make me feel terrible, but I also like the connection element, and I have to use social media for my job.

‘So, for me, removing likes is a better alternative than having to come off it altogether.

‘Without those direct metrics that make my comparison anxiety spiral, I’m finding it a much less stressful space. There is still comparison and curation of course, but at least now I don’t have to literally judge my own value in likes.’

‘Removing like counts from Instagram is a great first step in making the platform less addictive and better for our mental health.’

But not only is this a win for individuals using it for personal reasons, it’s also a victory for small businesses.

Ann Fiona Martin, a small business PR consultant, says: ‘Giving people the choice to hide social media likes is a really positive step forward. It alleviates the social pressure that the like button imposes, and gives each individual user the chance to customise their social media experience to suit their own needs.

‘The like button can have a huge influence on mental wellbeing, particularly amongst the small business community. I have found that many of my clients feel stressed and anxious about the “like count.”

‘They feel frustrated about the highs and lows of social media use, in particular, how like numbers can dictate how customers see the value and worth of their business.

‘The option to hide the like button will allow people to avoid the common trap of basing their self worth on how many likes they get on the platform.’

Fiona hopes the move will mean users no longer judge small businesses on Instagram by the number of likes – something that was previously a barrier for new companies.

However, strategist Tara Parashar stresses it’s important to still be aware of other issues that still exist within the realms of social media.

‘Ultimately like counts will still exist and engagement will continue to drive the algorithm.

‘It’s more important for users to vote with their thumbs, and use social media in a mindful way. Follow people from all walks of life, unfollow accounts that make you feel rubbish, don’t support influencers with questionable ethical practices.

‘It may not feel like it but actually, the influencers and brands and even the social media platforms themselves are nothing without the users. We have more power to make social media a better place than you think.’

How to activate the ‘hide likes’ function on Instagram:

It’s worth pointing out that it looks like Instagram is rolling out the new feature slowly, so you may need to wait for it to come up on your phone.


MORE : How a running club helped a group of women get through cancer


MORE : These are the best and worst cities in the world for work-life balance 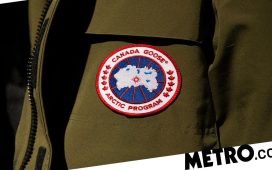 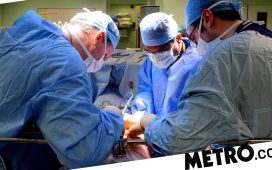