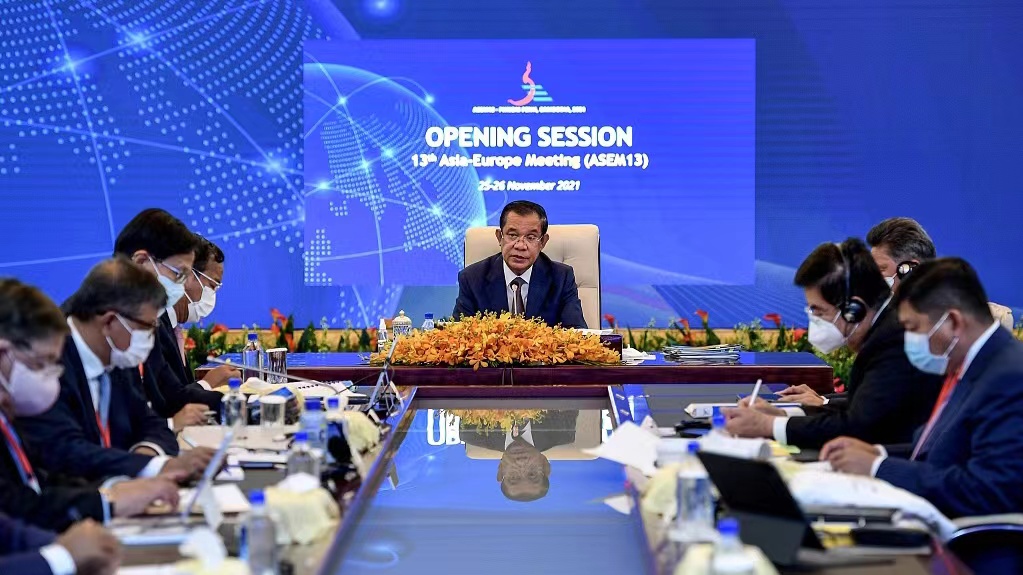 The virtual 13th Asia-Europe Meeting was held in Cambodia.What did it address and how will it help boost Asia-Europe cooperation?

For the first time, the United States has been added to a list of “backsliding” democracies in a European think tank report. What’s ailing ‘American democracy’ today?

The U.S. has announced that it will release millions of barrels of oil from strategic reserves in coordination with India, South Korea, Japan and Britain, to try to cool prices after OPEC+ producers ignored calls for more crude. So, how will this affect the energy market?

For this edition of Dialogue Weekend, we have international investor Jim Rogers; Professor John Gong at the University of International Business and Economics; and Michele Geraci, former under-secretary of State of the Ministry of Economic Development of Italy.