“Cracolandia” is a dangerous wasteland of about eight blocks in Sao Paulo, where model influencers peddle coke and meth.

The first thing that those who visit “Cracolandia” perceive is the smell – of urine and sweat, which welcomes them up to a block away.

Drug addicts repeatedly come back – despite police efforts to force them out – because they rarely find anything like a community anywhere else.

‘Crackland’ has the largest number of drug users from the city – despite repeated efforts by heavily armed cops to clear the rubbish-strewn area of dealers and addicts.

One of those arrested a few days ago was a drug dealer dubbed the “Kitty of Crackland” after she was allegedly found with drugs stuffed into her underwear.

Detectives said they found weed shoved into her bra, while they found crack cocaine hidden in her knickers when they busted her in Sao Paulo, Brazil.

Lorraine Cutier Bauer Romeiro, 19, is facing charges – and her boyfriend, reportedly named Andre Japonês, was also arrested over the scheme.

Police said they pounced on the teen after they spotted her selling crack from a tent on the streets.

See also  ‘Durst is where he belongs’: The Jinx producer reveals real estate heir wanted to be stopped

The area she was allegedly operating in is so riddled with drugs it has become known as “Cracoloandia” or “Crackland”.

The number of addicts has tragically spiralled because more people have been driven onto the street by the Covid pandemic which has devastated the country’s economy, say reports.

In April 2020, one month after the pandemic first hit Brazil, the government closed down a homeless shelter here as part of an effort to clean up the city centre to make way for construction.

But the alternative nearest shelter is about two miles away.

Jonatha de David Sousa Reis and Bruna Kelly Simoes are among those to recently lose their home.

The couple moved into a makeshift tent, strung between two trees, on a public square in crackland this year.

Crack has been in Brazil since the 1990s, but its use has exploded, explains NPR.

The website explains how ‘zombie addicts’ fill the streets.

“They’re glassy eyed and jumpy, and looking for a quick fix, oblivious to the police helicopters overhead.”

The problem stems from the fact that “Brazil offers a big market of cocaine and crack consumers”, said one justice official.

She added: “It’s a big growth of people using crack in public.

“People permanently in the street consuming drugs day and night.”

Authorities often launch major operations to end this crack market once and for all.

Heavily-armed cops swoop in and nab dozens of vendors.

They also close down the abandoned buildings they occupy sometimes using rubber bullets and tear gas.

But experts warn there is no simple way to get rid of Crackland.

Brazil is probably the world’s largest market for crack or rock cocaine, according to the US State Department.

Sao Paulo has a high rate of poverty and homelessness, and is home to the nation’s largest criminal organisation.

These factors mean that “Cracolandia” has both supplies and a wide demand.

But there are kind-hearted Brazilians who are trying to help addicts, including pastors, health officials and even a clown, psychiatrist Flavio Falcone.

Dressed as a jester with a bright red nose, he has become an icon in Cracolandia, where patients know him as The Clown, not as a doctor.

Treating a growing number of Brazilians driven onto the street, he said: “What makes you laugh is the clown that trips, not the clown who walks straight.

“The people who are on the street are really the failures of capitalist society.” 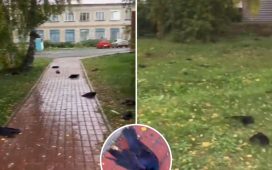 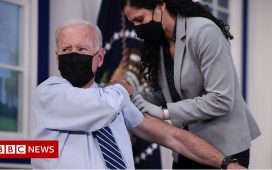 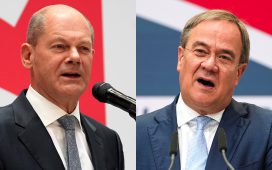