HE called her the “supreme authority,” while she doted on her “soft-hearted” son.

On paper, they appeared to be polar opposites, but Boris Johnson and his mum, Charlotte, shared a bond only a mother and her son understands.

Today, the Prime Minister is in mourning for his mother, who passed away “suddenly and peacefully” in hospital on Monday night, aged 79.

Unlike her famous offspring and ex husband, Charlotte didn’t just shy away from publicity, she positively sprinted from it.

Her daughter Rachel, a journalist, said: “She considers personal publicity incredibly vulgar and is horrified by the amount all the rest of us get.”

By “the rest of us”, she means her environmentalist father, Stanley, who was on I’m a Celebrity in 2017, and brothers Jo, a former MP, and Leo, also an environmentalist.

But the glimpses we have seen of Charlotte, a portrait artist, reveal a principled, funny and warm-hearted woman, who believed her role in life was to teach her children “odd” things, like how to draw squirrels.

She once marvelled that having “never voted Tory in her life,” she had somehow raised four Conservative children, including the leader of the party.

She did note though that her three boys all married left-wing women, “women like their mother, I suppose.”

Before he became PM, Charlotte told the Radio Times she thought he would make a good one because he’s a “very kind man, very fair,” although she also thought of the position as a “ghastly job.”

In an interview with Tatler magazine, Charlotte – who married environmentalist Stanley Johnson when she was 20 – said of her eldest: “Boris is so soft-hearted.”

It’s no wonder she had a soft spot for her first born, who would sleep in her college drawer as she finished essays for her English degree at Oxford University.

She said: “I’d write essays by putting him on the floor next to me and giving him a saucepan and a wooden spoon. I’d take him to tutorials and leave him in the don’s garden in a pram. If it was raining I was sometimes allowed to leave the pram in the hall.”

She proudly divulged that when Boris started reading at just three years old and was fascinated by a comic strip about an ancient civilisation called the Trigan Empire, he told her, “I want to be world king.”

Even the story behind Boris’s name demonstrates so much about Charlotte’s nature, honouring a stranger who had showed her kindness.

While pregnant with him, she and Stanley travelled to Mexico City by Greyhound bus, but Charlotte suffered horrible morning sickness.

She said: “We stayed with a man called Boris Litwin, who drew me aside and said, ‘You can’t travel back like this – here are two first class-air tickets.’

“I was so grateful, I said, ‘Whatever the baby is, I shall call it Boris.'”

Stanley, who was often away on long working trips abroad, would enjoy pitting the children against each other, making everything into a contest, from snooker to maths and table tennis.

Charlotte, on the other hand, taught Boris and Rachel English, history and maths.

Her dedication was such that precocious Boris was reading the Daily Telegraph’s editorial columns at five years old.

She said of her four children: “They were quite a handful but I loved them tremendously.

“I taught them very odd things that I wanted to know, like how to draw a squirrel. It was such fun, so cosy.’

More importantly, Boris said she taught them “the equal importance, the equal dignity, the equal worth of every human being on the planet.”

She also made sure the children spent plenty of time with her father, renowned barrister James Fawcett, a former president of the European Commission on Human Rights, who instilled in Boris a love of ancient Greece and Rome.

In 1979, Charlotte and Stanley divorced, and Charlotte lived with her four children in a two-bed maisonette in Notting Hill Gate, west London.

She made a living through her paintings – including portaits of celebrities like Absolutely Fabulous star Joanna Lumley and author Jilly Cooper.

During term-time, when her children were at boarding school – paid for by Stanley – she rented out their rooms.

She married American professor Nicholas Wahl in 1988, but was widowed just eight years later when he died of cancer.

Charlotte was diagnosed with Parkinson’s disease when she was 40, but continued to paint despite the condition. 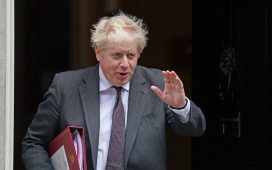 Boris Johnson will carry out Cabinet reshuffle today – No 10 source 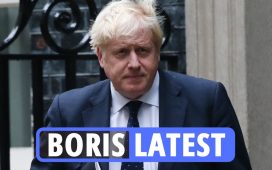 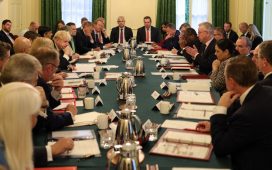 Cressida Dick is staying as Met chief, but who else would take the poisoned chalice? | Duncan Campbell 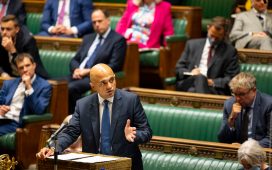