One of the signature achievements of
Governor Yahaya Bello of Kogi State
in his first term in office was the way
he secured the state from the vice
grips of criminals–armed robbers,
kidnappers, terrorists – by giving
them a bloody fight to the admiration
of his fans and foes alike.

The governor’s achievements in
the security sector were so loud that
he was the darling of almost all the
security agencies in the country.

The Nigerian Police Force under the
leadership of then Inspector General
of Police, Ibrahim Idris Kpotum, even
conferred an award of excellence on
him as the ‘Most Security Conscious
Governor’ in recognition of his
qualities and his efforts at improving
security of lives and property in the
state.

How did the Governor achieve
these tangible results even with
extremely limited resources?

He simply committed his security
votes towards rejigging the security
architecture of the state through the
provision of logistical support to all
the security agencies operating in
the state. To start with, he launched
‘Operation Total Freedom’, provided
patrol vans, modern technological
gadgets and returned the confidence
of the people in their police.

Aside that, he also provided an enabling
environment for law-abiding
vigilance groups to thrive in various
communities in the state. These local
security groups have been working
in tandem with governemnt-owned
security agencies to contain criminals
in the state.

It needs to be said for the purpose
of emphasis that when Governor
Bello took over the reins of power
in 2016, Kogi was home to all sorts
of criminals who had practically
turned the state to a killing field. In
short, the state was almost written
off as a failed state taking into
cognizance the high level of crimes
and criminalities perpetrated in
the state due to arms proliferation
and youth unemployment.  religiousfundamentalists had a

safe haven in the state.

The Muslim Brotherhood, an affiliate of Boko Haram, had already planted its cell in the state with a view to launching its
terrorist attacks but for the prompt
and proactive intervention of the
Governor. The indices on insecurity
were frightening.

Faced with the intimidating
challenges of worsening insecurity,
which of course is antithetical to
any meaningful development and
growth, a Governor who was coming
into office for the first time might
have chickened out or choose to
dialogue with the criminals having a
field day in the state. But Governor
Bello was not going to buy that
dialogue card.

No one dialogues with criminals and terrorists, according to him. He stamped his feet on the ground and decided he has going to frontally confront the criminals and his efforts paid off eventually.

Three things he did: reordered the
security architecture of the state,
bought better security equipment
for the security agencies and activated
surveillance and intelligence with the
support of the public. It’s the belief
of the Governor that crimes will
thrive in a society so long the masses
condone them.

To him, you need to secure the support, cooperation and confidence of the people first before crime-fighting.

Can one say it’s Uhuru yet in terms of security in Kogi State? Not exactly, especially when juxtaposed with recent cases of violent crimes in some parts of the state. To this end, the Governor and his team are already rethinking how to evolve new strategies to nip in the bud
emerging cases of crime in the state
according to the Commissioner for
Information and Communications,
Kingsley Fanwo.

The new security approach being considered will be citizen-centric most especially in the area of intelligence gathering and surveillance. Part of the new measures, the Commissioner said,
will be to embark on a massive
orientation of the people on security
as the Bello-led administration
intends to make the people take
ownership of security.

But there is one thing Governor
Bello will not do: hold a dialogue
with faceless criminals or pay them
money so they can keep off from
operating in the state. This is where
some governors in the north are
getting it wrong. You indirectly
enable criminality when you pay
criminals to stop committing crimes.
Who does that?

When they finish the ransom given to them, what do you think they will do again? In fact, part of the money paid them will be used to fund their criminal enterprise sooner than later. That’s what, sadly, is currently playing out in some parts of the north.

Confronted with similar security
challenges in Kogi, some of the
northern governors, naively though,
chose to hold a conversation with
bandits, rustlers, kidnappers,
among others, thinking that would
be the solution to the nightmare of
insecurity in the state. Unfortunately,
the dialogue has not yielded any
positive result in terms of stemming
the tide of insecurity. Rather, it has
been a sorry tale of wanton killings
and reckless looting in Katsina,
Zamfara, Kaduna, e.t.c.

With the recent upsurge in
senseless multiple killings of
defenceless northerners by armed
gangs, one is tempted to ask what
the governors in the region have been
using all the billions of naira collected
as security votes over the years. The
answer to the query is not far-fetched:
it’s either the governors have not
been using the monies judiciously or
have used them to feather their own
private financial nets.

There  is nostate governor in the country today who collects less than N250m every month as security votes. What exactly do they use the money for?

Agreed, it’s the responsibility of
the Federal Government to secure
every part of the federation. Yet,
the governors who are the chief
security officers of their states have
a huge complementary role to play.
That’s why the FG allocates to them
humongous security votes from the
federation account on a monthly
basis. What stops the Governors
from spending the monies to fortify
the internal security arrangement in
their states through collaboration
with security agencies?

This is where Governor Yahaya Bello has stood out and is standing out, warts and all. The security votes are meant for securing his people, he keeps saying.
The Governors must spend the
security votes wisely, put in place
regional security collaborative efforts
if the need be, provide logistical
support to the security agencies,
get the support of the people to
aid in intelligence gathering and
surveillance and embark on massive
orientation of the people on the need
to eschew crime and criminalities.
No society will be entirely devoid
of crimes and criminals, not even
in advanced countries of the world
but government leaders whose
responsibility it is to provide security
to the people must be alive to this
responsibility of theirs lest the people
dub them a failure.
–Musawa writes Kats 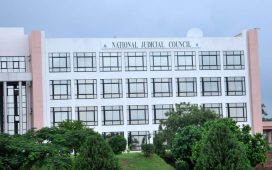 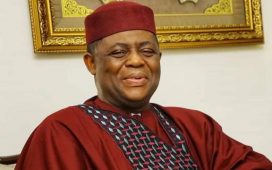 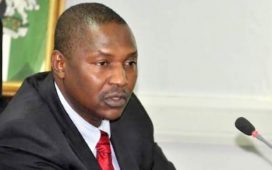