The Nigerian Army has deployed 300 female soldiers to boost security situation along Kaduna-Abuja highways over incessant kidnapping and killings on the area.

However, 100 of the soldiers  known as Nigeria Army Women Corps (N.A.W.C) were on Wednesday formally received and welcomed  to Kaduna State in the first batch by governor Nasir El-rufai.

The role of the women soldiers is to compliment the existing operations along the highways and the environs.

Speaking on the occasion, governor El-rufai expressed the hope that with the deployment of the female soldiers, the insecurity along the highways will soon be a thing of the past.

Governor El-rufai expressed gratitude to the military for deploying the troops and assured them of the continued support of the Kaduna State Government as they work for security in the State.

“The problem of Abuja-Kaduna road will be over with these female soldiers because what a man can do a woman can do better. We believe in the capability of women in this State.

“I am confident the road will be the safest in Nigeria. We will do everything possible to make this operation comfortable. We are very happy to have you. Your presence will inspire others girls to join the military.That is why we have female deputy governor to inspire other women”. El-rufai said. 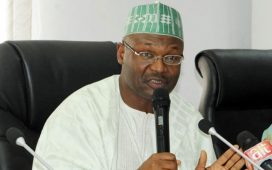 Before the creation of additional polling units

Varsities, polys behind mobilisation of illegal graduates for NYSC – Oloyede 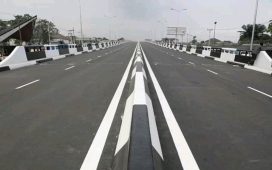