The German soprano Inge Borkh, who has died aged 97, was one of the most exciting artists of the years following the second world war. Her combination of powerful, penetrating voice, beautiful presence and total conviction on stage made her particularly suited to roles such as Beethoven’s Leonore (Fidelio), the title roles in Richard Strauss’s Salome and Elektra, and Puccini’s Turandot, all of which she made very much her own, captivating her audiences.

In London she had a special triumph in 1967, when she gave a moving and committed performance of the Dyer’s Wife in the Royal Opera House’s first production of Strauss’s Die Frau Ohne Schatten, conducted by Georg Solti. One critic wrote that it would be hard to imagine the part better done. To it she brought all her innate powers as a singing actor, added to the extraordinary intensity of her tone. Her body language bespoke the emotionally frustrated, downtrodden woman of the creators’ imagining, as much of the librettist Hofmannsthal as of Strauss.

Born Ingeborg Simon in Mannheim (some sources have her birth year as 1917 rather than 1921), she came from a theatrical family, and her father was a diplomat. Since he was Jewish, the family moved first to Switzerland and then to Austria, where Inge began her stage career as a straight actor, training at the Max Reinhardt academy in Vienna and appearing at the Burgtheater while still a student. When she found that she had a natural singing voice, she started lessons in Vienna, then went to Milan to study. Having returned to Switzerland following the Anschluss in Austria in 1938, in

1940 she made her operatic debut at Lucerne as Czipra in Johann Strauss’s Der Zigeunerbaron, taking Inge Borkh as her stage name and next playing Agathe in Weber’s Der Freischütz. She was soon singing in houses throughout the German-speaking world. One of her first international successes came as Magda Sorel in the first German-language production of Menotti’s The Consul in 1951 at Basel. She recorded Magda’s main aria soon after, showing just how much she empathised with that distraught character’s harsh predicament. At about the same time she caused something of a sensation with her appearances as a frank Salome at Munich and a possessed Elektra in Berlin.

She made her British debut as Leonore at the 1952 Edinburgh festival with the Hamburg State Opera. Then – as I vividly recall – she made an overwhelming impression as Elektra when the Stuttgart Opera appeared at the Royal Festival Hall, London, in 1955, suggesting all that obsessed woman’s single-minded purpose in avenging her father’s death. Her first Covent Garden part was Salome in 1959.

Her American debut took place at San Francisco in 1953, as Elektra, followed in 1955 by Verdi’s Lady Macbeth. In 1958 she first sang at the Metropolitan, New York, again as Salome. Another of her major successes was as the evil Eglantine in Weber’s rarely heard Euryanthe at the Maggio Musicale festival at Florence in 1954. In 1952 she was Sieglinde and Gutrune in Wagner’s Ring Cycle at the Bayreuth festival.

Borkh also enjoyed the challenge of new works. She created the role of Cathleen in Werner Egk’s Irische Legende at Salzburg (1955), and was notable in the title parts of Carl Orff’s Antigone (of which a recording survives) and Ernst Bloch’s Lady Macbeth. She was Elizabeth I in the first US performances of Britten’s Gloriana at Cincinnati (1956).

After she gave up the opera stage in 1973, she carved out a new career for herself as a chansonnier and cabaret artist, for which her mordant wit and feeling for words made her well suited. In that guise, she was something like a latter-day Marlene Dietrich, and gave a solo show, Inge Borkh Sings Her Memoirs. She also resumed her career as a straight actor.

The most important documents chronicling her career are her recordings of Salome, Elektra, the Dyer’s Wife and Turandot, capturing her opulent voice, incisive delivery and dramatic intensity. She received a number of awards for her recordings, and wrote an autobiography detailing her inability to shake off the stage, Ich Komm vom Theater Nicht Los (1996).

She was married to the Yugoslav bass Alexander Welitsch, who died in 1991. 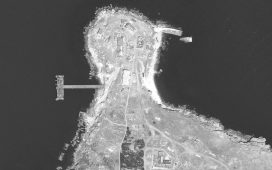