Influencer and baby tied up in terrifying £400K robbery after posting pics of luxury watches, handbags and cash


A SOCIAL media influencer and her baby were tied up at knife point in a terrifying £400,000 robbery after she flaunted her wealth online.

So Mei-yan, 25, said that three knife-wielding men burst into her Hong Kong home and tied her up along with her six-month-old son and his carer, 45, on Tuesday morning at 11am.

Mei-yan claims the three of them were forced into a room by the robbers who then searched the house, before fleeing with £400,000 worth of valuables.

Mei-yan claims that she and her child, along with her the child’s carer were tied up, threatened with a knife and forced into a room by the robbers who then searched the house, before leaving off with £400,000 worth of valuables.

Speaking to local Chinese media, Mei-yan said that she was, ‘woken up by noise in the living room’, and that: “when I went out of my bedroom to check, three men were already inside my flat.”

Her version of events was backed up by police who in a statement said: “As the doorbell rang, the maid opened the door and three men rushed into the unit.”

Mei-yan was sleeping in the master bedroom of her flat in One West Kowloon, on Lai Chi Kok Road, while her baby was in the sitting room with the helper at the time of the incident.

The police spokesman then said that two of the robbers were either carrying a ‘fruit knife or a wooden rod.’

READ  US military in Africa says changes made to protect troops

Mei-yan went on to explain that one of the intruders was ‘rubbing her son’s forehead with force,’ which prompted her to ask them to stop and ‘take whatever they wanted.’

The robbers then tied her and the child’s helper up with adhesive tape and bundled them into the babies room, where one stood guard and the other two searched the flat.

But the robbers became increasingly frustrated when they couldn’t find no cash and returned to Mei-yan, punching her in the face and repeating their demands.

She added: “One of them returned and pulled my hair asking where I put my money.”

Eventually the disgruntled thieves settled for her luxury items which she says were worth hundreds of thousands.

After the thieves had left, she managed to wriggle out of her restraints and call the police at 11.49am.

The police arrived shortly after and scouted the area but couldn’t locate the suspects.

In a statement, the police revealed what exactly went missing in the robbery.

They said: “Ten handbags, seven watches, a laptop computer, and two mobile phones were stolen in the incident.

But the robbery was caught on CCTV and the police are now said to be actively pursuing the suspects.

READ  Mum held for manslaughter after sons, 3 and 5, wander off and drown in river ‘as she slept off hangover’

The police have released CCTV images of the three men who who they say were all Chinese, aged between 40 and 50, and about 1.7 metres tall.

All the suspects wore caps and black surgical masks during the raid.

Police sources say that the trio used an access card of a vacant apartment to enter the building.

According to the officers, this wasn’t a random attack as the men tried to enter Mei-yan’s apartment the day before dressed as delivery men.

Their attempt was futile as she was asleep and didn’t respond to the building’s security guard.

But Mei-yan claims she did not know the culprits, and had just moved into the new apartment three months ago, according to a police source.

It is thought that the robbers could have been alerted to her large array of wealth via her social media account where she is famous for flaunting her goods.

Mei-yan, also known as Cry So or So Miu -miu has amassed 86,000 followers on Instagram and has become famous for showing off her luxury lifestyle.

Early yesterday morning she used her virtual fame to appeal to her thousands of followers for help to bring the robbers to justice and offered £194,000 as an incentive.

In a post on the site she said: “I never beat my son, but [the robbers] dared to beat him. Let’s see what will happen.

“I already gave them everything they wanted but they still beat me, my helper and my son.”

“The three men are so useless that they can only rob women and kids.

“They even beat a six-month-old baby boy, how shameless are they?”

London and Liverpool in Tier 2 but Manchester, Newcastle & Birmingham Tier 3

What tier am I in? New postcode checker reveals YOUR local tier

She also blamed the building’s management company, Goodwell Property Management for the robbery and said she told them not to let anyone in without her permission.

She added: “I’ve told the security guards 10 million times not to let anyone in without my permission.

“But they still allowed these three weird men in caps and masks to go upstairs.” 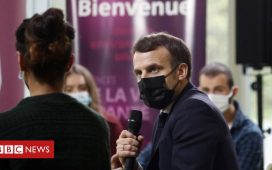 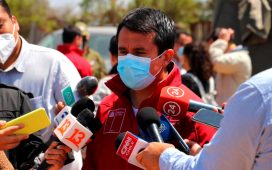 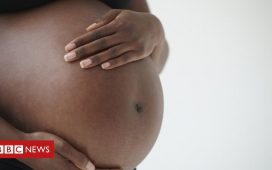