A group of survivors and relatives of people who died in the infected blood scandal are suing a school where they contracted hepatitis and HIV after being given experimental treatment without informed consent.

A proposed group action lodged by Collins Solicitors in the high court on Friday alleges that Treloar College, a boarding school in Hampshire that specialised in teaching haemophiliacs, failed in its duty of care to these pupils in the 1970s and 80s.

The claim could result in a payout running into millions of pounds, and is based on new testimony given by former staff at the school to the ongoing infected blood inquiry.

Gary Webster, 56, a former pupil who was infected with hepatitis C and HIV after being treated with contaminated blood at the school in the early 80s and gave evidence to the inquiry last year, is the lead claimant of the 22 survivors in the group.

Speaking to the Guardian, he said: “We were lab rats or guinea pigs. We always thought that we may have been experimented on for research purposes, but we had no proof until the evidence given in the inquiry.”

Last year in testimony to the inquiry, the former headteacher of Treloars, Alec Macpherson, confirmed that doctors at the school were “experimenting with the use of factor VIII”, an imported pooled plasma that was later discovered to be contaminated with HIV and hepatitis.

He said he and other teaching staff did not question doctors about the trials. He told the inquiry: “We didn’t have any authority or reason to interfere. You can’t – doctors are god, aren’t they?”

Macpherson said he consented to the treatment because he trusted the doctors, and he could not recall if parents were informed and consulted.

Webster said: “None of our parents were ever informed. I’m damn sure my mother and father would have asked why my treatment was changing, and by 1983 they would have known there were problems with imported factor VIII.”

He added: “I am really angry, especially after hearing evidence from the school. It should never have happened. The staff had a duty of care and I think they were negligent.”

Webster was 18 in 1983 when he was told by school doctors he been infected with HIV – and was given two years to live. He said: “I was with my best friend, Stephen, who died of Aids in 1990, and we told just told by doctors at the school that we were infected and we would probably be dead in two years.”

Two years later Webster was told he also had hepatitis C as a result of the infected blood given to him to at the school.

He said: “I had full-blown Aids in my late 20s early 30s. It was only because of the treatment that came out that I managed to pull through. Many others didn’t.”

The public inquiry heard last year that of 89 haemophiliac children who attended Treloar in the 70s and 80s, less than a quarter were still alive.

Webster said the survivors had been left psychologically scarred and received no counselling at the time. “We are all damaged mentally as well as physically. I went off the rails and started drinking a lot. I stuck a car through a wall once trying to kill myself. A lot of us had suicidal thoughts with the stigma of Aids and the news that you weren’t going to live long anyway, and relationships were a nightmare.”

Despite his problems, Webster said he had been one of the lucky ones, because he survived and managed to work, first as tailor and then as a manager for Red Cross before he was forced to retire on health grounds at the age of 46.

“It is the hep C that has really done me damage, my liver is absolutely shot, and I physically can’t work any more,” he said.

Desmond Collins, a senior partner at Collins Solicitors, said: “This is a straightforward breach of duty case. The school was acting in loco parentis, yet failed in its basic duty of care to these already vulnerable boys. We are determined that they receive recognition and due recompense for the trauma that and their families have suffered over decades.”

In a statement, the college – which has since changed its name to Treloar’s – said: “We are truly saddened that about 100 of our former pupils are amongst the 4,500 men, women and children across the UK who were infected with hepatitis and/or HIV from infected blood products supplied within the NHS treatment programme.

“We are unable to comment on the legal action taken against Treloar’s at this point, but we will continue to cooperate with the public inquiry into these issues and await its outcome.” 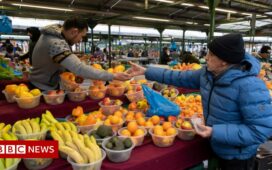 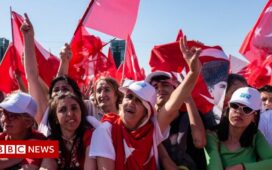 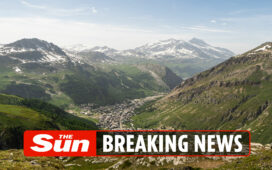 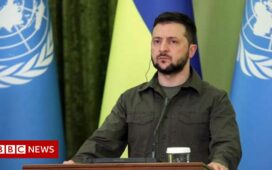