India’s oldest political prisoner, an 84-year-old Jesuit priest who was denied bail as his health deteriorated, has died, prompting an outpouring of anger among lawyers, writers, politicians and activists.

Father Stan Swamy, a priest and human rights activist who spent five decades fighting for the rights of the tribal community in the state of Jharkhand, was arrested in October 2020, charged under draconian terrorism laws and held in judicial custody.

Despite Swamy’s weak condition from advanced Parkinson’s disease, which worsened after he contracted Covid-19 in prison last month, the courts repeatedly denied him pre-trial bail.

On court orders, Swamy was eventually moved to hospital and put on a ventilator, but he died of cardiac arrest on Monday afternoon after Covid-19-related complications, a doctor told Bombay high court. The court hearing had been scheduled to request emergency bail for the priest on health grounds, but had come too late.

Jairam Ramesh, an MP for the opposition Congress party and a former cabinet minister, tweeted:

The author Sonia Faleiro said: “Father Stan Swamy didn’t die, he was killed. The regime killed him, he would be alive if it wasn’t for them.”

Karuna Nundy, a supreme court lawyer, was among those who said the Indian state “owed his loved ones and all citizens accountability” for the “cruel and inhuman treatment at the hands of the state”.

See also  British 'pharmacist who joined IS' is detained in Syria

Swamy’s arrest was connected to an outbreak of deadly caste-based violence in 2018 in the state of Maharashtra. Now known as the Bhima Koregaon case, it is regularly cited as an example of the draconian crackdown on dissent and persecution of human rights activists under the ruling Bharatiya Janata party (BJP) government led by the prime minister, Narendra Modi.

Alongside 15 others, including poets, lawyers, activists and writers, many of whom had been outspoken against the BJP, Swamy was accused of orchestrating the violence, having links to violent Maoist groups and plotting to assassinate Modi, charges he and others had vehemently denied.

This year, a US digital analyst found that a hacker had used software to plant 22 forged “incriminating” files on the computer of one of the accused, which the police then used as evidence to arrest Swamy and others.

However, despite questions over the evidence and Swamy’s worsening health, the National Investigation Agency (NIA), the federal body investigating Swamy, had opposed his bail requests, even as his condition had deteriorated and despite his pleas to be allowed to recover at home. The court had complied with the NIA’s request to deny him bail.

Swamy’s lawyers accused prison staff of mistreating him in jail. In December they had to go to the courts to force the prisons to give him a sip cup, as his Parkinson’s meant he was unable to hold a glass of water in his hands and he was given no assistance.

The poet and author Meena Kandasamy said: “Let us not talk about this as mere death. This is a judicial murder and everyone is complicit.”

The lawyer and activist Prashant Bhushan said it was “nothing less than murder by the state of one of the gentlest and kindest men I have known. Unfortunately our judicial system is also complicit in this.”

Harsh Mander, a prominent activist, described Swamy as “devoted to selfless defence of Adivasi [indigenous] rights, gentle, brave. Even from prison he grieved not for himself but injustice to poor prisoners.”

Mander added: “A cruel state jailed him to silence his voice; the judiciary did nothing to secure his freedom. A tragedy for the nation.” 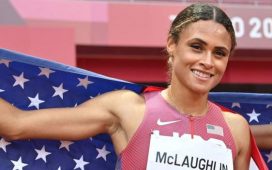 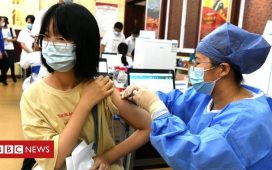 A year on from Beirut explosion, scars and questions remain 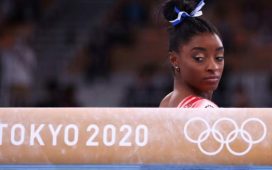