THE now dominant Indian coronavirus variant could be 100 per cent more transmissible than the Kent strain, an expert has warned today.

It comes as new data suggests the mutation is twice as likely to cause hospitalisation, as June 21’s “Freedom Day” hangs in the balance.

Cases of the Indian variant have almost doubled in the past week – rising by 5,472 to 12,431, with areas hardest hit by the variant now being some of the most infected in the country.

While the Indian (Delta) variant is believed to be more transmissible, tests have shown that vaccines already being rolled out across the country do work against the variant.

The Kent strain ripped through the country and halted Christmas plans in December as tier restrictions failed to contain the spread.

At the time the UK did not have a vaccine and Brits were once again told to stay at home in order to protect themselves and others.

Professor Neil Ferguson, from Imperial College London, whose modelling was instrumental to the UK locking down in March 2020 said vaccines are helping, but warned the Indian variant is spreading.

Speaking to BBC radio 4’s Today Programme he said: “We’re certainly getting more data. Unfortunately, I mean, the news is not as positive as I would like on any respect about the Delta variant.

“The best estimate at the moment is this variant may be 60 per cent more transmissible than the Alpha variant.

“There’s some uncertainty around that depending on assumption and how you analyse the data, between about 30 per cent and maybe even up to 100 per cent more transmissible.

He added that 60 per cent was currently the best estimate and said that the majority of people currently being hospitalised with the variant are unvaccinated.

So far in the UK 39.7 million people in the UK have had a first dose of a vaccine, with 26.4 million having had a second.

Vaccine capabilities have surged in areas such as Bolton and Blackburn in order to get as many people jabbed as possible in hotspot areas.

Experts at the Francis Crick Institute and the National Institute for Health Research UCLH Biomedical Research Centre found that antibodies are lower with increasing age and also decline over time.

It suggests that more people could tests positive for the variant but that they might not fall ill with it.

The researchers found that after just one dose of the Pfizer jab, 79 per cent of people had a quantifiable neutralising antibody response.

Over 30s are currently being invited for their vaccines and Prof Ferguson said they are still waiting for data on how much the Delta variant can evade the immunity which protects people against being admitted to hospital.

He added: “The data being reported relates to unvaccinated people.

Prof Ferguson also cleared up confusion around the Nepal variant.

He said that it was important to note that it is “basically the Delta variant with an additional mutation”.

“It may compromise vaccines more but we really don’t have data on this so it really is a variant of interest at the moment but the data is still being collected.”

His comments come as various experts have questioned the plans to unlock the country on June 21.

Prime Minister Boris Johnson has always said that restrictions would be lifted based on “data not dates”.

Cases of the virus have risen in recent days across the country and the UK has reported the highest number of daily Covid cases since March, with another 5,274 new infections recorded in the latest 24-hour period.

The number of new daily infections is the highest it has been since March 26, when 6,187 new cases were recorded.

It brings the total number of cases recorded in the UK since the start of the pandemic to 4,499,973.

Prof Ferguson added that while it’s not his job to make the decision on the further lifting of restrictions, the data is pointing in a more negative direction than it was last week.

He said: “It points to being more cautious, balancing people’s desire, and there is a built up desire to get back to normal is a very difficult judgement call.

“We know at the moment that the Indian variant is doubling across the country, about every nine days.”

Prof Ferguson said that the data will not yet take into account the May relaxation and that experts are expecting that to “accelerate even more”.

“We haven’t yet been able to pin down how that will translate into hospitalisations”, he said.

“We are seeing an uptick in hospitalisations in the North West and in a couple of other areas and that’s critical.

“We do expect vaccines to give a high level of protection still, but exactly how high is critical to what size third wave we might see.” 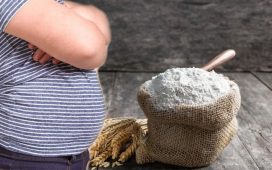 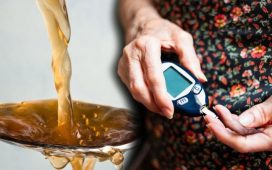 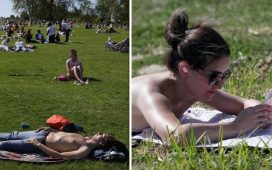 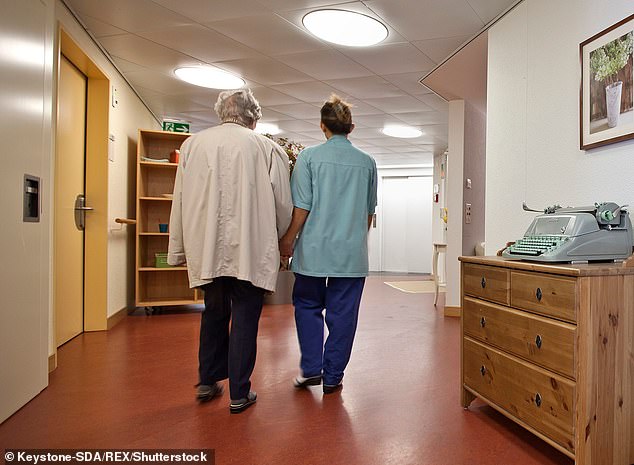