Indian Christian gets UAE Pioneer Award for building a mosque


Saji Cheriyan built a mosque named after Mary for poor Muslim workers. Dubai Sheikh praised him for offering last year’s Iftar. For his wife, “God has blessed us so much”.

Mumbai (AsiaNews) – The United Arab Emirates (UAE) has bestowed its 2019 UAE Pioneers Award to Saji Cheriyan, a Christian businessman from Kerala who built a mosque for Muslim workers.

The winner was recognised, among others things, for promoting the values ​​of a tolerant society and cohesion in the UAE.

In accepting it, Mr Cheriyan said: “I thank this country and its leaders profusely. I am so happy that I could do something in return for this country that gave me so much in my life.”

“This is something beyond my imagination. This is beyond what I could ever achieve,” he told Gulf News.

His wife Elsy, has been his inspiration and devoted companion. “This is definitely the proudest moment in our lives. When we did all this, we never expected anything in return,” she explained.

“God,” she added, “has given this in return to us. God has blessed us so much and chose my husband for this great honour. We feel really blessed.”

A father of two and an Orthodox Christian, Saji Cheriyan hails from Kayamkulam, a city in Kerala (southern India). He moved to the UAE in pursuit of business opportunities in 2003.

In 2017 he began the construction of the mosque in the East Ville residential complex, near the Al Hayl industrial zone, ​​ in Fujairah, one of the UAE’s seven emirates.

The building was completed in 2018 at a cost of 1.3 million dirhams (US1,520), right for Ramadan, a holy month of prayer and fasting for Muslims. It has a capacity for 250 people inside and 700 in the outdoor courtyard.

Cheriyan named the mosque Maryam Umm Eisa (Mary, Mother of Jesus), after another mosque was named after Mary in 2017.

During the award ceremony, Dubai’s ruler praised him also for offering Iftar[*] to Muslims. “I was so happy His Highness knew about that also. I told him I had managed to provide 28,000 iftar meals during last Ramadan.”

The Sheikh also asked him why he, a Christian, built the mosque. Cheriyan “told him that I saw several poor workers having to take taxi to go to the nearest mosque and I built one to help them.”

[*] Iftar is the evening meal with which Muslims end their daily Ramadan fast at sunset. 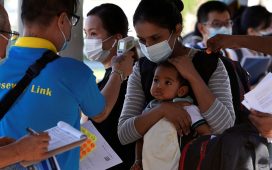 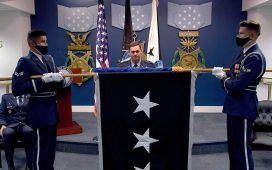 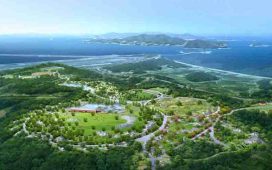