Police in India say a pregnant woman whose belly was allegedly cut open with a sickle by her husband has given birth to a stillborn boy.

The woman’s family has alleged that the man attacked her because he wanted to check the baby’s gender.

They say the couple have five daughters and the man has been putting pressure on his wife to deliver a son.

The man, who has been arrested, has denied intentionally hurting his wife, saying instead that it was an accident.

The incident took place in Badaun district in Uttar Pradesh, India’s most populous state in the north of the country.

Police officials told the BBC that the injured wife was in a stable condition in a hospital in the capital, Delhi, and that her husband had been arrested.

The wife’s sister told local media the couple used to regularly quarrel about having a son.

According to her brother, the woman was taken to Delhi on Sunday on the advice of doctors as her condition was extremely critical.

The husband said he did not attack his wife intentionally. He told local media he threw the sickle at her, but had no idea it would injure her so severely.

“I have five daughters, one of my sons is dead. I know that children are the gift of God. Now whatever is to happen, will happen.”

The police investigation is ongoing.

The desire among Indian parents to have sons instead of daughters has created a skewed gender ratio.

Some 46 million girls went missing from India in the past 50 years, according to a June report from the United Nations Population Fund (UNFPA).

Annually, as many as 460,000 girls are killed through abortion after gender-based sex selection and excess female mortality due to deliberate neglect of girls after birth.

A 2018 Indian government report said the desire for sons had created 21 million “unwanted” girls. The finance ministry report found that many couples kept on having children until they had a boy.

India is a country with a longstanding cultural preference for male children.

The desire for sons comes from the belief that a male offspring will financially provide for the family, look after parents in old age and carry the family name forward. A daughter, on the other hand, will eventually marry and leave, and often the parents will have to pay large dowries.

This preference for sons, aided by pre-natal gender-selection technology, has played havoc with India’s sex-ratio imbalance and over the years, tens of millions of girls have been killed – in the womb or soon after birth from deliberate neglect.

Campaigners have called it a “genocide”. Former prime minister Manmohan Singh has described female foeticide and infanticide as a “national shame” and called for a “crusade” to save girls.

Prime Minister Narendra Modi has also advised Indians “not to hanker after sons” and not “kill the daughters in the hope of a boy”.

Five years ago, he launched Beti Bachao, Beti Padhao (Save daughter, educate daughter) – a campaign to save girls. In another campaign, he asked fathers to take selfies with their daughters and send them to him.

But none of the campaigns have really worked. Experts say for things to change, India must confront its unhealthy societal preference for boys and convince families to celebrate daughters as much as they celebrate their sons.

See also  Teen who sold his KIDNEY to buy a new iPhone too ill to work and can’t leave bed
Share on FacebookShare on TwitterShare on PinterestShare on Reddit
newscabalSeptember 21, 2020 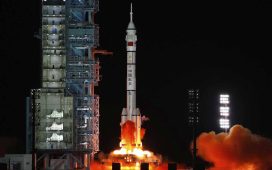 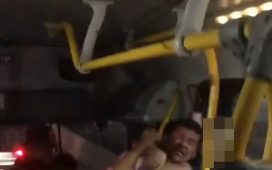