The harrowing tale of two teenage Nazi killing sisters who seduced & lured Nazi soldiers to their deaths has been revealed.

Freddie Oversteegan was just 14-years-old when she joined the Dutch resistance along with her older sister Truus, 16, as Hitler’s German army invaded the Netherlands in 1940.

The pair, raised by their communist working-class mother, were sent on dangerous assassination missions or were tasked with leading German soldiers astray as part of a deadly resistance cell.

Due to their age, Freddie and Truus rarely raised suspicion and were able to discreetly follow targets on their bikes with pistols hidden in their baskets before gunning them down or keeping a lookout for other resistance fighters.

They also used dynamite to blow up bridges and railway lines as well saving countless Jewish children’s lives by smuggling them out of the country or helping them escape Nazi death camps.

The siblings were considered to be so lethal that to this day no one knows the exact amount of Nazis & Dutch informers the pair were able to assassinate.

Speaking after Truus’ death aged 92, her daughter Hannie Menger revealed, ‘my mother drove the bicycle and Freddie sat on the back and was shooting because they were girls, no one ever noticed them.’

In an early assignment, the siblings were asked to flirt with German soldiers so that a Nazi warehouse could be burnt to the ground while later being tasked with seducing a high-ranking soldier, luring him into the woods where he would be shot dead.

Speaking to Vice in 2016 Freddie said: “Truus had met him in an expensive bar, seduced him, and then took him for a walk in the woods. She was like, ‘want to go for a stroll?’ and of course, he wanted to.

“Then they ran into someone—which was made to seem a coincidence but he was one of ours.

“…And then shots were fired, so that man never knew what hit him. They had already dug the hole, but we weren’t allowed to be there for that part.”

Today marks Holocaust Memorial Day – a day that commemorates millions of Jews and other victims of the Holocaust during the Second World War.

It will be 76 years to the day that the Nazi death Auschwitz was liberated by Soviet forces, where 1.1 million Jews, Romanies, ethnic Poles, prisoners of war, homosexuals and Jehovah’s Witnesses were slaughtered.

Freddie and Truus grew up in the city of Haarlem where their mother taught them the importance of fighting injustice.

In 1941, when their mother was approached by a group of Dutch resistance fighters who asked if her daughters would consider taking up arms, she consented and the girls agreed.

As they left their mother gave them one piece of advice, ‘always stay human’.

Freddie joked that she thought she’d be joining ‘a kind of secret army’ and the only two girls to signup began their military training.

She would be the first to shoot dead a ‘Nazi traitor’ but the sisters struggled to come to terms with their role as trained killers and it often brought them to tears.

Truus, who went on to become a public speaker, revealed: “It was tragic and very difficult and we cried about it afterwards.

“We did not feel it suited us—it never suits anybody, unless they are real criminals … One loses everything. It poisons the beautiful things in life.”

After their early missions, the deadly cell later expanded with the addition of Hannie Schaft, known to Nazi authorities as the ‘girl with the red hair’.

They formed an incredible bond until Hannie was captured at a German checkpoint during a mission and executed 18 days before the Netherlands was liberated.

“We did not feel it [killing] suited us—it never suits anybody, unless they are real criminals … One loses everything. It poisons the beautiful things in life.”

Her final words to her executioners were, ‘I’m a better shot’ after only being initially wounded by the firing squad.

As WW2 ended and the Cold war began, the sibling’s war efforts were not celebrated but condemned by the Dutch Government as the Nazi fighting trio were branded communists.

It wasn’t until 2014 when Hannie was awarded a posthumous military medal that Freddie opened up about her time as a teen in the Dutch splinter cell, while Truus, who married a resistance fighter, spoke freely about her missions.

Both however struggled to come to terms with their war trauma and losing their best friend Hannie despite achieving the ultimate goal of saving the lives of many Jewish children.

Freddie told Vice in 2016 that she coped by ‘getting married and having children’ but she suffered from terrible insomnia and dreamt of the people she had assassinated.

She said: “She’d [Truus] visit Hannie a lot—the mother of Hannie Schaft. I have always been a little jealous of her because she got so much attention after the war.

“But then I’d just think, ‘I was in the resistance as well…”

Also speaking to the Washington Post, she said: “We had to do it, It was a necessary evil, killing those who betrayed the good people”.

When asked how many people she had killed or helped kill, she said ‘one should not ask a soldier any of that’.

After Freddie’s death aged 93, her son Remi Dekker revealed:” If you ask me, the war only ended two weeks ago.

“In her mind, it was still going on, and on, and on. It didn’t stop, even until the last day.” 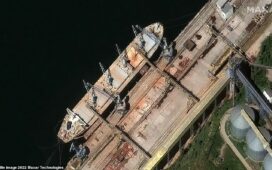 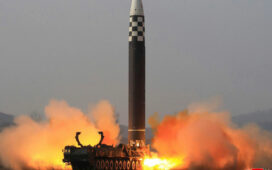 Tiny 18-year-old named shortest living ­teenager on the planet — at 2ft 4.9in 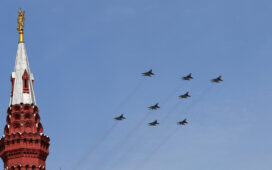 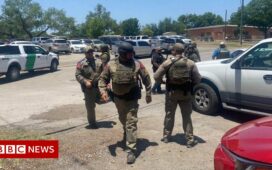 Two people killed in shooting at US primary school 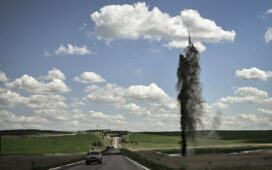