NEWSCABAL > europe > In a year of forced solitude, Barcelona rediscovers the companionship of books
europe

In a year of forced solitude, Barcelona rediscovers the companionship of books


Throughout the pandemic, technology has been saving our jobs and our sanity – but in Barcelona the lockdowns have led to the revival of one of humanity’s simplest and most enduring inventions: the book.

The city’s booksellers are reporting a boom in sales and, against all odds, new bookshops have opened.

The latest of the new crop of shops is the Llibreria Byron, launched by the small academic publisher Huygens, which opened in November in the Sant Antoni area of the city.

“We’d been planning this for three years and were set to open in April, but that obviously wasn’t possible,” said Mariana Sarrias, the shop’s co-owner. “After nine months of uncertainty and with everything that, as a small business, we had invested, it was very worrying,” she said, adding that they chose the name Byron “because he was romantic and also quite transgressive”.

“The day we finally opened in November there was a queue of people waiting to get in. There wasn’t room for everyone. It was really quite moving. Since then people come every day. I don’t know if it’s out of solidarity or because the bookshop is something the barrio [suburb] lacked.”

“The pandemic has made people aware of the need to support their local bookshop,” said Maria Carme Ferrer, president of the Catalan booksellers’ association. “Bookshops are local cultural centres.”

Sarrias says that as publishers they had already noticed an increase in orders during lockdown.

“Maybe people ran out of things to watch on Netflix,” she said, or perhaps, as they were forced into isolation, people realised that books are good company.

And yet only recently the book business looked doomed. In 2013 the Catalonia bookshop, a magnet for the city’s readers since 1924, was forced to close and was replaced by a McDonald’s.

That same year Canuda, the labyrinthine secondhand bookshop that was the inspiration behind the “cemetery of forgotten books” in Carlos Ruiz Zafón’s bestselling The Shadow of the Wind, also went out of business. It is now a branch of fashion chain Mango.

Perhaps this sudden revival is only to be expected in a city that is the capital of the Spanish publishing trade and where the Catalans’ love of books is celebrated every year on 23 April, birthday of the patron saint, Sant Jordi (St George), and coincidentally Shakespeare’s birthday. On this day people exchange gifts of books and roses and the streets are lined with impromptu book stalls.

The pandemic meant that Sant Jordi was effectively cancelled this year and it’s likely to be a small-scale affair in 2021, according to Lluís Morral, manager of Laie, perhaps the city’s best-loved bookshop.

Morral says sales have definitely increased during lockdown, especially among the classics rather than recent bestsellers.

“A lot of people have come back to reading and they aren’t looking for the latest publication but are more catching up on books they meant to read a few years ago,” he said.

“A lot of people buy books on Sant Jordi but don’t read them. Now they realise they have all these books at home and they’ve started reading them.”

He agrees with Sarrias that isolation has led people to discover – or remember – that books are very companionable.

“I can’t speak for everyone, but among my acquaintances a lot of people reached saturation point watching TV series,” Morral said.

Both Laie and Byron are bookshop-cafes with quiet spaces for reading, a much-needed refuge in what is officially Europe’s noisiest city.

Two other new outlets, Ona, which sells books only in Catalan, and Finestres, due to open in the spring, have also set themselves up as places to meet and read as well as to buy books.

Both have been financed by local philanthropists and, while he wishes them well, Morral knows that like all bookshops these relative minnows will have a battle on their hands to compete with Amazon.

“What we [independent bookshops] can offer is a personal service and an understanding of what book you’ve bought and what you might also enjoy, rather than have an algorithm tell you what to read next,” he said. 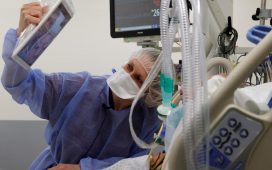 In France, number of Covid-19 patients in intensive care remains close to 6,000 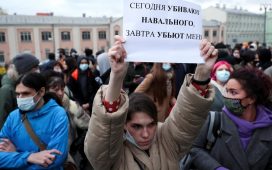 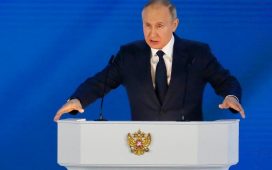 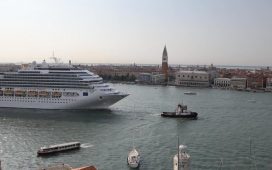 End of an era: Cruise ships to soon be banned from Venice