The sharing formula must be reviewed to allocate more resources to the State and Local Governments because of the growing responsibilities they are shouldering in critical sectors such as Agriculture and food security, Water Resources, Ecological and Environmental Protection, Intervention in Federal Roads in the various States, Security and provision of Social Infrastructure including Health & Housing.

Furthermore, state governments are responsible for tackling modern security threats within their states not to mention the significant expenditure that have been incurred to keep the federal security agencies and correctional services (within their states) as effective as possible. To this end, the importance of securing lives and property of the citizenry from local threats and given the proximity of the state government to the citizens, it is apparent that there is need for the new allocation formula to reflect an increased allocation to the state governments. Currently, the Constitution, via the Exclusive Legislative List, gives the bulk of legislative powers to the federal government through the National Assembly. Nigeria’s federal government has exclusive legislative competence over more matters than other jurisdictions laying claim to the practice of federalism. This write believes that the scope of the federal government’s powers be limited to matters around national security, defence of territorial integrity, citizenship, immigration, foreign relations and issues of national interest.

Thus, it is only appropriate that matters relating to policing a state, incorporation of companies and business names, marriage and other such matters be domiciled within the legislative competence of the federating states. In the long term, a constitutional amendment or restructuring that devolves more powers to the state government would be an effective path to addressing the issues around revenue allocation in Nigeria. One significant intervention to redress the current arrangement will be a review of the Exclusive List. The duplication of efforts on the exclusive list should be reviewed to allow each tier of government to concentrate on areas that will better touch the lives of the governed Also, Royalties from Non-Oil Minerals should go to the states The environmental degradation States suffer due to extraction of mineral deposit is considerable. The present revenue sharing formula from non-oil mineral does not favour affected States. i.e. 50% royalty in respect of any mineral extracted from States be paid to the concerned States.

Another reform will be a Review of Payment of Fees to the Federal Capital Territory (FCT). The FCT already generates significant revenue (albeit PAYE, LUAC and other fees) and so should not have separate 1% Development Fund. Rather, Federal Government should pay for FCT from its own share rather than committing the States and Local Governments to support the FCT and/or regard the FCT as a State, which it is truly not. Furthermore, a review of the SDF portion of the Allocation Formula in line with realities of today is urgently needed in some fundamental direction. Population Density should replace population and landmass as independent factors in revenue allocation. Education as a parameter for allocation to Social Development Factor has hitherto been measured in terms of primary school enrolment which attracts 60% of the allocation to education while the remaining 40% is made using secondary/commercial school enrolment for public funded schools only. It is now necessary that school enrolment should include private Nursery/Primary/Secondary school enrolment.

On Health, there is need for inclusion of Private and Mission Hospital Beds. Whereas, only State/Local Governments hospital beds are counted as a parameter for allocation, private and mission hospital beds should now be included as well. Many Federal Government MDAs (especially the high income generating ones like NNPC, NPA, NIMASA and the likes) are not remitting funds to the Federation Account and effort must be put in this direction. They generate revenues but do not remit directly into the Federation Account but only pay a portion of their profits and surplus income to the Federal Consolidated Revenue Account. This needs to be addressed forthwith.

Conclusively, revenue should be shared based on prudent management of the economy. To promote good governance, fiscal responsibility and improved competitiveness, States that are more financially prudent should be encouraged and get more resources. The current Revenue Allocation Formula should be reviewed to the following percentages: Federal Government – 30%, State Governments – 45%, Local Government – 25%. The State now seeks the maximum cooperation, understanding and assistance of the members of the National Assembly to ensure the passage of a new Bill to restructure the Revenue Allocation Formulae.
Okubadejo is the commissioner for Finance & Chief Economic Adviser, Ogun State Government. 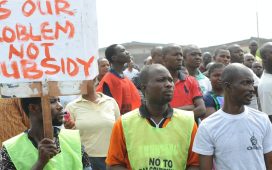 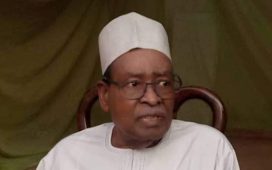 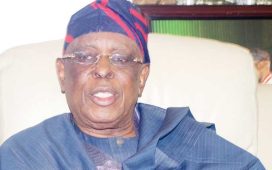