While Submitting the report on Tuesday at the Government House in Owerri the state capital, the panel whose assignment is to probe contracts awarded between 2011 and 2019 under the Okorocha administration said it uncovered fraudulent contracts worth N106billion.

The panel recommended that those involved be made to return the money to the government adding that the contracts some of which the panel identified were said to be inflated or given to non-existing companies that were allegedly awarded by the Rochas Okorocha administration.

According to the report, there was a flagrant disregard for due process and the Public Procurement Act, noting that there was also evidence of non-existing companies that were used to siphon state funds.

Justice Iheaka asked Governor Uzodinma to ensure that actions are taken on the report and recommendations made by the panel in the interest of the state.

In his response, Governor Uzodimma said the state government under his watch will ensure that all indicted and named in the report are made to return the state’s funds illegally siphoned. 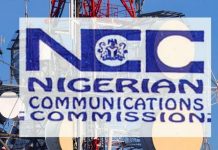 I’m in govt to serve, not for fame, money, says Obaseki

Soldiers Involved In Lekki Shooting Should Be Commended – Ex-Army Spokesman

Akiolu @ 77: Salute to a philanthropic and tireless monarch

‘If You Want to Know The True Colour Of A Woman, Visit Her At 6 am’- Nigerian Pastor to Men (Video)