There is no letup in the fight between Imo Governor, Hope Uzodimma and former governor, Rochas Okorocha, as they have continued to swing verbal jabs.

Okorocha, while responding through a statement by his media aide, Sam Onwuemeodo, to allegation by Governor Uzodimma that he was behind the recent attack on police formations in the state, accused the governor of trying to divert attention in order to seek loans.

He further alleged that the governor has impoverished the state with his earlier loans put at N150 billion.

“The truth is that each time the governor wants to take a fresh loan, he would raise an issue against Okorocha to divert the attention of Imo people and the public. The domestic debt of Imo now is N150 billion. And poverty level has gone up to 65 percent as against 19 percent in January 2019,” Okorocha said.

Okorocha who said he had left most of the allegations heaped on him by Uzodimma for the people to judge, claimed that his projects executed while in office were being claimed by the governor.

Okorocha, who is presently the senator representing Imo West, insisted most of the roads commissioned recently by Vice President Yomi Osinbajo, and the Senate President, Ahmed Lawan, last week, were his.

But Governor Uzodimma, in a swift reaction, dismissed Okorocha as “just a confused man that has stolen the peoples money and still brags about it.”

The governor while reacting through the  Commissioner for Information, Declan Emelumba, to claim that the roads commissioned recently by Osinbajo were built by him, challenged the former governor to provide evidence of the road he built before leaving office.

“Let him provide an evidence of the roads he said he built, everybody know how the roads are, he should bury his head in shame,” Uzodimma said.

But Okorocha insisted: “With every sense of responsibility, we want to solemnly state that the popular Akachi Road, Owerri, which Governor Uzodimma brought Lawan to commission last Friday, was constructed by Okorocha when he was governor.

“Governor Uzodimma also dropped Akachi and gave the historic road, a new name, Chief Evans Enwerem Road. And he did that to ensure the road won’t be associated with Okorocha again.

“Most Imo people and Nigerians who had visited Owerri from the Imo Airport or Aba Road and vice visa, must have used the Akachi road. It was one of the first roads Okorocha constructed when he became governor in 2011. And it has remained strong.

“The place in question was Imo government’s official site for refuse dump. It was a place where refuse generated within Owerri and its environs since the state was created in 1976, were dumped or dropped. And criminals had used the area as hideout until Okorocha came in as governor. Okorocha evacuated the mountainous refuse and cleaned up the place.” 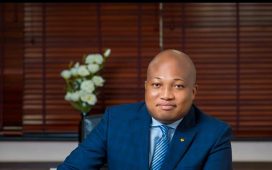 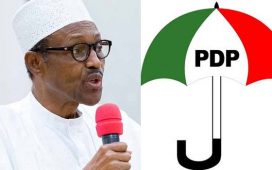 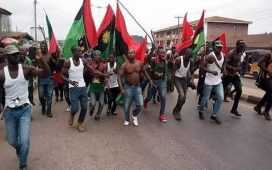