The Islamic Movement in Nigeria on Tuesday said   15 of its members were killed across the country by the police while observing the Ashura procession.

The IMN stated that its members were allegedly killed during the procession in Kaduna, Bauchi, Gombe, Sokoto and Katsina states.

The President of the IMN Media Forum, Ibrahim Musa, explained in a statement that three Shi’ites were allegedly killed in Kaduna and 10 injured, while three others were  killed in Azare, Bauchi State.

He said, “At least, three people were confirmed killed by the police in Kaduna and 10 others injured, some fatally, when thousands of Muslim brothers and sisters trooped out in the early hours of Tuesday commemorating the tragic events of Ashura.

The statement further said one person was reportedly killed in Illela, while another individual was killed in Goronyo, both in Sokoto State.

It added that an IMN member was also murdered in Malumfashi, Katsina State, noting that several people sustained bullet wounds when the police allegedly shot the mourners, “not only during the procession, but afterwards as the well armed policemen attempted to forcibly make their way into the Islamic centre of the movement.”

The sect said the figures could rise due to the fatal gunshot wounds sustained by some mourners.

“That the mourning procession ended peacefully in places not attacked by the police is sufficient evidence as to who the instigators of violence are whenever we are carrying out our legitimate religious duties,” Musa said.

The force spokesman, Frank Mba, declined to comment, saying inquiries about the alleged attacks should be directed to the public relations officers of the respective commands where the incidents occurred.

But later on Tuesday, The Nigeria Police Force said  Muslims in the country were free to observe the Ashura mourning procession, adding that its ban only applied to the proscribed IMN.

Ashura  is the tenth day of Muharram, the first month in the Islamic calendar. It marks the day that Husayn ibn Ali, the grandson of the Islamic prophet Muhammad, was martyred in the Battle of Karbala.

Mba said those marking the religious ceremony  should, however, do so within the confines of the law.

He said in a statement,  “Muslims marking the commemoration of Ashura throughout the country along with other Muslims across the world are free to carry out the annual Ashura procession.

“They should, however, do so within the confines of the law and guard against infiltration by unscrupulous elements who may want to take advantage of the event to cause disruption of public peace, order and security.”

Mba explained that the Inspector-General of Police, Mohammed Adamu, had directed all commissioners of police and their respective supervisory assistant inspectors-general of police in commands and zones to give “full effect to the above clarifications and ensure that non-IMN Muslims are not in any way restricted from exercising their freedom of religion, worship and peaceful assembly.”

He said  the IG had enjoined members of the public to be calm and go about their business “as the force is doing all within its capacity to ensure there is no breach of the peace, law and order anywhere in the country.”

We dispersed hoodlums, nobody was killed – Kaduna command

But in Kaduna State,  Police Command’s Public Relations Officer, Yakubu Sabo,  said nobody was killed in the IMN event. He described the claim by IMN  as “a blatant lie.”

The spokesman told one of our correspondents on the telephone that the police   dispersed Shi’ites mourners successfully.

He added that the IMN had been proscribed  and that it would not be’ allowed to  observe any procession.

Sabo said,  “It’s a blatant lie. The police didn’t kill anybody.  Police only dispersed some hoodlums that were sighted  along Bakin-Ruwa, staging a protest.

“If you remember, we  came out with a warning yesterday that the  IMN had been proscribed both by the federal and the Kaduna State  governments.

“So, when we received information that they were going to stage a protest today (Tuesday), we warned them not to come out because police would not allow anybody under any guise to stage any protest.

“But some of them refused to heed  the warning. We received information this morning that some  of them were sighted along Bakin Ruwa and our men went and dispersed them successfully.

“There was no report of any casualties. That was what they had been looking for ;  to come out and when police dispersed them, they would be making frivolous claims. It has been their tradition.”

Meanwhile, there was tension in the state capital over the Ashura processions as  residents feared a clash between   the IMN and the police  was imminent.

Our correspondent who went round the city observed that at about 9.50am a police truck was  at the Katsina Road roundabout.

Also at the Leventis Roundabout, four operational vehicles of the Nigeria Police Mobile Force and the state security outfit code-named Operation Yaki  were  there.

Though there was a free flow of traffic,  few commercial vehicles were on the road.   Commercial activities were also low   as few shops were  opened .

We arrested 28 Shi’ites in Bauchi – Police

In Bauchi, the Bauchi State capital, there was tension  as many scampered for safety when the police and Shi’ties clashed.

The clash occurred at about 10am at the Central Market Roundabout and Tashan Babiye areas of Bauchi.

The police  fired canisters of tear gas to disperse the protesters even as guns were also said to have been fired  by the police causing people to scamper for safety. Most shops in the  Central Market were shut as traders ran for their lives.

An eyewitness,  who spoke to The PUNCH on condition of  anonymity, said, “Early in the morning, the Shi’ites gathered to embark on their usual procession, but the police blocked the road and fired teargas to disperse them.”

Another eyewitness and Chairman of the Nigeria Union of Journalists in Bauchi State, Alhaji Ibrahim Mallam-Goje, told The PUNCH  correspondent that he  affected by the teargas canisters   that were fired by the police around Tashan Babiye and Bakin Kura area.

“Actually, I came out from my house and was on my way to the office this morning when I saw members of the Islamic Movement of Nigeria who were carrying out their procession,” she said

The state police command  said that it had arrested 28 members of the IMN in Bauchi.

The Police Public Relations Officer in the state,  Kamal Abubakar, said that the police had warned the Shi’ites not to come out for their procession, but they defied the order.

He said that only “minimal force” was used to disperse the protesters even as he said there was no record of any casualty from the clash.

Asked to comment on reports that police fired bullets and tear gas canisters to disperse the Shi’ites, the PPRO  said, “All I can tell you is that we arrested 28 people and it was a minimal  force that was used. And when I say minimal force it doesn’t mean that bullets were used.”

In Kano,  many members of the IMN stayed indoors.  A few sect members were seen at Kurna Asabe in Kano, but  when they saw policemen, they fled.

A member of the IMN in Kano, who spoke with journalists, on condition of anonymity, said, “We came out, as early as 6am and concluded our activities within few minutes so as to avoid casualties.’’

In Katsina,  there were few  commercial activities around the residence of  the state leader of   the IMN, Mallam Yakubu Katsina,   as residents and shop owners in the area were afraid of a likely clash between members of the sect and the police.

READ  Plateau killing: Why land all over Nigeria belongs to Fulani – Miyetti Allah

But the majority of members of the sect, however, observed the annual Ashura celebration in their individual homes .

Katsina himself said, “We did not plan to disrupt the peace in the state. We only went out to observe our procession and prayed for peace to reign in the country, unknown to us they (security agents) had a plan against us”

Trading in  the nearby Kofar Marusa market was also low  as many shop  owners did not open for business until about 4pm.

The state police command on Tuesday evening said it had arrested 36 members of the IMN. The command said the arrests were made in Katsina, Malumfashi and Dutsinma.

A statement by the command’s spokesman,  Gambo Isah, stated that an unnamed police officer was ‘seriously injured’ by members of the group in the Malumfashi Local Government Area of the state.

The statement stated, ”In compliance with the Federal Government directives on the proscription of Islamic Movement of Nigeria, the Katsina State Police Command has put in place stringent security measures to deal decisively with the defiant members of the proscribed group .

“The command will not fold its arms and watch  violent  protests being carried out by the  group. Consequently, the command has succeeded in arresting 36 members of the proscribed El-Zakzaki- led IMN embarking on a protest in furtherance of terrorism. One police officer was seriously injured by the group at the Malumfashi LGA. Suspects will be arraigned  immediately investigations are completed.”

In Gombe State, the  Red Cross Communication Coordinator,  Abass Mohammed,  said two policemen were injured during a clash between the sect and the police.

He stated,  “We discovered that some of the Shi’ites were shot and our volunteers assisted those with injuries. Two sustained injuries and one died. Among those shot was a passer-by, who was not part of the rally.  He identified himself at the hospital. Two police officers sustained injuries  from the arrows shot by  the group.”

The Commissioner of Police, Bello Makwashi, confirmed the incident  in a chat with our correspondent. “Some arrests were made but can’t say exactly if the leader was among,” he stated. 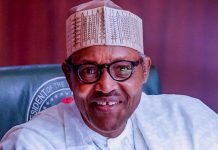