It may sound like a prolonged spa break but when 20 women tuck themselves into a waterbed in the south of France for five days this week, it will be under the guise of a scientific study into the impact of space flight on the female body.

The experiment, by the European Space Agency, will simulate the impact of microgravity on the musculoskeletal system, immune and cardiovascular health and hormone levels. With an increasing number of female astronauts participating in long-duration missions the immersion study is aimed at addressing a gender gap where the vast majority of space medicine research has been carried out on men.

“There is almost no knowledge about the physiological and psychological effects on women in this research area,” said Angelique Van Ombergen, the Esa scientist leading the experiment at the Medes space clinic in Toulouse. “We really hope that this study could help address some of the knowledge gaps of how people react to this extreme environment.”

The weightlessness experienced by astronauts can have striking effects on the body in a short space of time. Without gravity to load the spine, water and other molecules are able to move into the discs between vertebrae, meaning that astronauts tend to become taller in space – but also weaker as supporting muscles and ligaments are doing less work.

The absence of gravity also leads to fluids shifting towards the head, which has been linked to hearing and vision problems. Previous studies have found the immune system can “go quiet” in the sterile environment of a spaceship, which can lead to a reactivation of old viruses. Many of these effects are likely to vary significantly between men and women.

“Women seem less susceptible to vision impairment than men, related to headward fluid shifts, but women are more susceptible to fainting when they come back to Earth,” said Prof Alan Hargens, who researches the impact of microgravity on the human body at Surgery University of California San Diego.

Until now, though, there has been a dearth of data making it difficult to tailor exercise programmes during missions and rehabilitation on return to Earth for female astronauts.

In the latest study, the volunteers will first be swathed in a cotton sheet and then a waterproof tarp, before being suspended in an immersion tank with only their arms and head left outside. The volunteers will remain in their tank for five days in a “monotonous environment”, only coming out for brief “hygiene breaks” to shower and go to the toilet, while remaining in a horizontal position to minimise fluid shifts in the body. The scientists will collect blood and urine samples, while making continuous measurements to see how the body is adapting.

Based on previous dry immersion experiments – a Russian cohort spent 21 days in a similar setup – Van Ombergen said the experience was likely to be quite challenging for the volunteers, rather than relaxing. “It requires dedication from the volunteers to stick to it,” she said.

The proportion of female astronauts has slowly increased over the past decade, with the first all-female spacewalk in 2019, Nasa having announced its goal to put the first woman on the moon and China expected to include a female astronaut on next month’s mission to its new Tiangong space station.

Apple: Rare VIDEOPAD prototype set to be auctioned – and is predicted to sell for up to $12,000 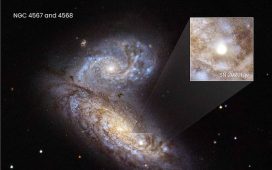 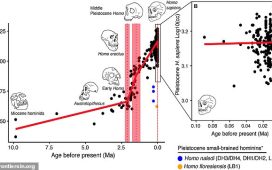 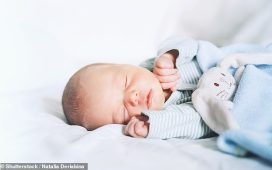 Health: Babies who sleep longer and wake up less during the night are less likely to be OVERWEIGHT