As weeks have turned to months, and months roll into a year, the shadow cast by Covid-19 continues to lengthen – not least for many of those who have survived the disease.

Earlier this year, some of those who caught the virus early in the pandemic told the Guardian about their ongoing symptoms, from breathlessness and fatigue to mental health problems and “brain fog”.

The testimonies were stark. Among them, Alice* talked of waves of symptoms that she described as being like “a storm”, while Jenny* was left with exhaustion and wrist pain months after infection. For Mirabai Nicholson-McKellar, the ongoing cognitive impairment that came with Covid was “completely crippling”, while Julie experienced hallucinations.

Several months on, we caught up with them to explore just how long “long Covid” can be.

For some, time has been a healer. “I feel incredibly blessed,” said Alice, who had Covid in the UK. After four months, her symptoms have finally gone away – with her recovery, she said, aided by support from her husband and employer. “I was lucky my GP had had long-haul Covid so was incredibly supportive,” she added.

But recovery is a slow process. “I’d say only now – nine months later [after infection] – I’m getting back [to] my normal strength [and] fitness,” said Alice.

For Dawn in the US, who experienced mental health problems after Covid, the situation is also slowly improving. “I am still in an intensive outpatient program for PTSD and depression, but I will be transitioning to less intense mental health care in the beginning of the year,” she said.

For others, symptoms have taken a turn for the worse. “Now I can barely use the computer at all and I have to do everything with voice activation software,” said Jenny, adding she can only work for short stints at a time.

Jenny, who is in the UK, said she has been referred to both a Covid clinic and, eventually, a neurologist, but there has been little in the way of treatments. “I didn’t really feel like they really offered me anything concrete that could help at any point in the NHS,” she said.

For Julie, in Minnesota, the dismissive attitude of her physician put her off seeking further help. “Most of my cognitive symptoms dissipated over the summer — the delirium, personality changes, paranoia,” she said. But she is still experiencing memory loss and brain fog – and these seem to be influenced by other ongoing symptoms.

“Every few weeks I have a flare-up that mimics my original symptoms: fever, extreme chest pain, cough, weakness,” said Julie, adding that these can be scary and debilitating. “Just this week I had such an intense flare-up that I was too weak to walk to the bathroom without help.”

Nicholson-McKellar, from Byron Bay, Australia, has had a similar experience. “I am still functioning on less than half of my normal capacity,” she said, adding that she still has fatigue, brain fog, insomnia and headaches, and that between carrying out tasks or work she needs to rest. “It makes living and fully interacting with this busy world impossible,” she said.

Melanie Montano from New Jersey in the US, who previously talked to the Guardian about her post-Covid brain fog, is still experiencing symptoms 270 days after testing positive. “It’s an infinity loop of fatigue and forgetfulness with no clear end in sight,” she said.

And for some, new complications have emerged. Lauren Nichols, from Boston, Massachusetts, said she has recently been hospitalised with shingles which was triggered by the impact of Covid on her body.

“As a result I am now partially blind because I had lesions in my eye,” she said, adding she has also been diagnosed with aphasia, meaning she is struggling to recognise words.

However her gastrointestinal symptoms have improved, while the antiviral medication she was given for shingles appears to have helped with some of her long Covid symptoms, such as fatigue.

“Covid has changed just about every aspect of my life,” said Julie, who has been too unwell to take up a full-time job, and is currently unable to live independently.

Dawn, who before Covid was an organ transplant coordinator in Philadelphia, has also seen the disease affect her professionally. “I remain out of work and that has been incredibly challenging. Disability [support] was very difficult to obtain – I was denied for months,” she said.

But there are glimmers of hope. Montano said that the effect of her experience on her mental health has led her to adopt healthier self-care habits. “It’s been a transformative experience, re-learning how to honour my emotional needs after months of neglect,” she said.

And Nicholson-McKellar has plans afoot. “Roughly mid-year I will be starting a huge project of building my first home. It’s a little daunting to try to do that in my current foggy fatigued state. So I am really hoping that things start to shift,” she said.

As for Alice, after taking voluntary redundancy, she and her husband are spending a year in their home country of New Zealand.

Julie said that, with a new US president at the helm, she hopes 2021 will bring more kindness and compassion to those seriously affected by Covid, whether because of job losses, the death of loved ones or their own experience of the virus.

“I sincerely hope people who have been dismissing Covid as fake or as a mild illness can come to understand what a devastating, debilitating disease this is and can learn to offer compassion rather than criticism to those who are struggling,” she said.

Nichols agreed, adding that those with chronic illnesses, and women in particular, need to be listened to by the medical community and offered more support, while research and innovation in the area is urgently needed. “I hope that the long haul patients, long Covid patients, aren’t just left to suffer in silence because there is a vaccine out there,” she said. “There’s going to be a whole forgotten population if that is the case.”

*some names have been changed.

READ  Thousands of artefacts from the wreck of a Dutch East India Company vessel to be scanned with X-rays
Share on FacebookShare on TwitterShare on PinterestShare on Reddit
newscabalJanuary 5, 2021 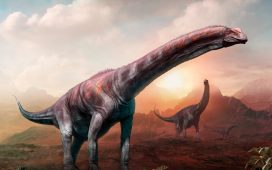 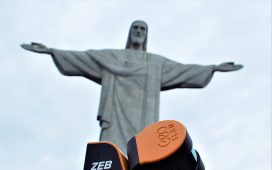 'We need answers’: why are people living near Dutch goat farms getting sick?