YOU might think that working on a superyacht must be a rather glamorous job – however this stewardess is showing just how unglam it really is.

Superyacht stewardess Caitlin shares the realities of living and working on one of these huge yachts – including just how much laundry there is every day, and the strange hours she has to work.

Caitlin shares her average daily routine when at sea in two videos posted to her TikTok account @superyachtgirl.

The videos titled ‘day in the life of a superyacht stewardess’ parts one and two, have since been viewed over one million times.

A fairly late start, Caitlins shares that she wakes up at 11am, although seeing as she usually finishes at around 3am, this seems quite fair.

She adds that she is currently on an ocean crossing, meaning that the days are a little different to if the yacht was docked in a harbour or on land.

Keeping themselves entertained on board the ship, Caitlin and her crewmates set daily challenges for one another. The challenge of the day in Cailtin’s TikTok is  ‘guess the baby photo.’

She then begins her day of work with laundry, she later adds that with ten guests and 14 crew members, laundry is rarely empty and the crew share the task out between them.

After getting the washing machine started she tidies the laundry room before taking a quick lunch break, before returning to her tasks.

According to Caitlin’s video there are a lot of checklists involved when it comes to keeping the ship clean and tidy – which may be surprising for those who thought this would be a totally glam job.

One of her tasks today is to wipe some of the walls with water and disinfectant, she adds “there’s a lot of cleaning involved to keep the yacht looking good.”

After finishing cleaning she heads to the bridge for her look-out duties for 1-3pm. In the comments she clarifies that look-out duty means watching out for “floating debris or other ships which can result in collision.”

She adds that when on duty she works alongside a qualified watch keeper and mostly assists, today she helps by cleaning the deck so the area stays nice for the watch keepers. 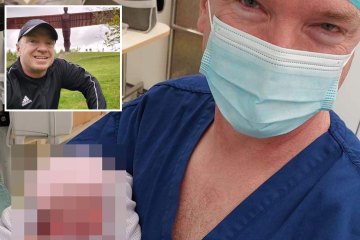 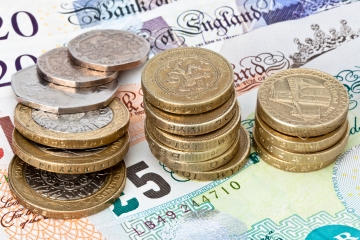 Caitlin then has a break allowing her to chill and socialise with the other crewmembers and have dinner.

She then returns to the bridge for night watch from 1-3am, having to use a torch as it is so dark outside on the open ocean.