NEWSCABAL
Home » I’m a nurse, and here’s how to attract more of us to the NHS | Molly Case
health

I’m a nurse, and here’s how to attract more of us to the NHS | Molly Case


One of my worst shifts was during a particularly frosty winter some years back. I was a relatively newly qualified nurse but experienced enough to work on a high dependency unit at a large acute trust.

On arrival, at the ward the day shift let us nightshift workers know there was going to be a rejig that night: oncology services were desperately short-handed and the trust could no longer rely on agency workers to plug the gaps due to the funding deficit.

We were told that no extra staff were being called on and that we were to help out. The night shift stretched out worryingly before us, with each of us wondering who would pull the short straw to cover the oncology ward with life-threateningly unwell patients. That night the straw was mine: I later came to file the experience in my memory as a “never again” moment. I wouldn’t let it happen again, if I could help it.

Why do NHS staff boo Johnson? Because he and his party are not listening to the people who hold the answers

It was luck that got me through that shift, luck that a patient didn’t seriously deteriorate, and luck that I was working with an incredibly capable colleague who (as NHS staff always do) picked up the slack of missing a fully qualified extra nurse to tend to patients requiring cancer treatment, antibiotics, wound dressings and basic assistance. Since I was not trained in chemotherapy administration, and eight carefully prepped, minutely calculated infusions were required before 9 o’clock that night, we divvied out tasks within our skill set to try to keep patients as safe as we could. If there had been enough staff across the hospital we wouldn’t have had such difficulties.

And so I am fed up with watching male politicians tuck their ties into their shirts on arrival at the next unsuspecting hospital. Perhaps if Boris Johnson had been with me on that frosty night he would have seen how crucial having a fully staffed NHS is to patient safety. I truly believe that if all parties took the advice of vocal frontline staff, voters would be better informed and so able to understand possible solutions for the health service at this general election.

Why do NHS staff boo Johnson when he arrives at hospitals? Because he and his party are not listening to the people who have the answers. The people who have been working long hours in an NHS debilitated by living with an unmanaged, long-term condition for the past 10 years. Our prime minister will not even grant us the courtesy of informing us ahead of his attendance, allowing us the time to put questions to him.

Johnson has stated that his party are “putting more money into the NHS than ever before”. But the money simply doesn’t matter if it is not going to the right places. And where should that be?

Most importantly, our workforce. Good, kind, hardworking people now have to pay to train to be a nurse. For many this is simply not feasible. Since the Tory government removed the nursing bursary we have seen a tremendous drop in university applications to train – a 31% decrease between 2016 and 2018.

I already had a degree – and debt – when I decided to become a nurse, but was well-supported to train with the nursing bursary. This course is not the same as other degrees: student nurses are working the same long shifts as registered colleagues on the wards, in the community, in addition to attending classes at university, and therefore are not able to get part-time jobs to help fund the degree. This cut to the bursary is coupled with already well-established chronic understaffing – a nursing shortfall of approximately 40,000 staff. Again, basic maths: no staff equals no NHS. Or as we’ve seen, cold nights where patients are put at risk because of a lack of staff.

The impact of understaffing on current health service employees is profound. The rate of staff leaving the NHS has tripled in the past seven years: the stress imposed on our nurses and doctors, who simply want to look after people but can’t because of dangerously inadequate staffing levels, is a fundamental reason why we are not retaining them. Added to that there’s the government’s “hostile environment”. We should stop deporting our doctors and instead guarantee settled status for the incredibly skilled EU workforce that keeps the health service running.

Another reason why healthcare professionals have taken to booing the prime minister out the door? Our social care system is intrinsically tied to the health of the NHS – and yet its funding has been stripped. Austerity cuts to community services, GP practices, ambulance staff, community nurses, mental health and drug and alcohol misuse services has left nowhere for people to go but to A&E. There, frontline staff see more unrealistic targets asked of them. Lower A&E waiting times are demanded despite a staggering rise in need. Keeping patients safe without the correct number of trained nurses on the wards – it doesn’t add up.

On Sunday the Conservative manifesto emerged with a grand promise of 50,000 more nurses: it was a claim too good to be true – further examination shows this to be yet another lie, and lying to the good, hardworking people of the NHS is shameful. Johnson’s 50,000 target includes 19,000 nurses already employed by the NHS and will fall short of the numbers needed. Laughably, the Conservatives want to persuade nurses to stay within the NHS.

Meanwhile, despite talk of a Tory U-turn, the NHS bursary is not being brought back. A maintenance grant is being offered but tuition fees remain – this is still a huge and costly barrier to those wanting to train.

Conservatives and Labour are vowing to spend billions to improve care. Labour has pledged £5.5bn more a year to end lengthening delays for treatment, tackle the staffing crisis, restore bursaries for student nurses, improve mental healthcare and facilities, but Chris Hopson, CEO of NHS Providers has warned about a surge in false promises. Before we can even begin to think about the incredible medical technology soon to be at our fingertips, we need a sustainable, long-term solution to urgently address the NHS’s deteriorating condition. This must start with the workforce, and it needs to address our social care deficit – changing how we look after all members of our society long before they reach the hospital gates.

• Molly Case is a nurse and author of How to Treat People: A Nurse At Work 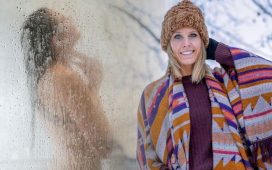 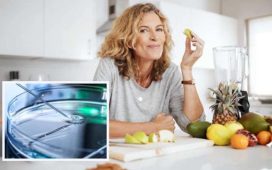 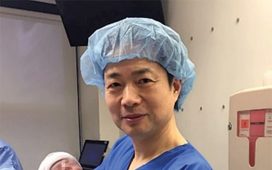 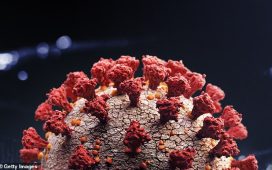