A WOMAN who works as a bottle girl in a posh club in London has revealed the types of comments she always hears when working.

TikTok has become the home to what feels like thousands of viral trends which have seen millions taking part in.

Amongst them is Amber Hardman, a blonde stunner who works as a bottle girl in a club in Mayfair, London.

She took it to the social media giant and revealed what comments she hears on a regular basis.

In a clip, which has since gone viral, racking up more than 213,000 views in just three days, Amber had inserted a snap of herself rocking a little lacy number posing for the camera.

Along read text ”POV- your a bottle girl in a Mayfair club [sic]”.

The young woman started the list with a stock image of an older man in a suit.

According to Amber, such men would typically tell her that she’s ”too pretty to be working here wearing that”.

Some older men, according to the video, usually choose a more direct approach.

Holding several banknotes, they would point to the money asking: ”How much?”

However, it’s not just older men visiting the posh club – young blokes appear to be keen for a good time too.

Here, Amber had inserted a photo of four lads in tight-fitting outfits, sleek hair and a nice tan.

The blonde stunner claimed that such groups of club-goers would always ask for her Instagram details.

In the clip, Amber had also uploaded a stock image of a footballer.

Perhaps intrigued by the blonde stunner and taken aback by her looks, he would proceed to invite her over to his after-party.

Another type of customer shocked by Amber’s beauty is a more intoxicated bloke who will give her a wink and say: ”Your the best looking girl in the club [sic].”

But although Amber had captioned the video: ”Couldn’t be any more accurate,” not everyone was convinced of the accuracy.

”More like “Bring us another bottle please” and that’s it,” wrote someone.

”Said no one…” a second agreed, with more than a hundred others liking the comment. 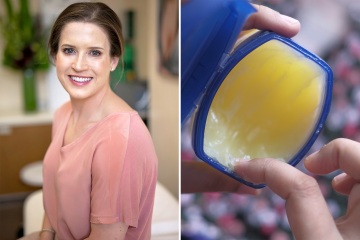 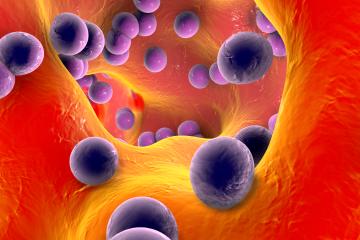 ”No one said any of this. And learn the difference between your and you’re,” a third joined in.

Another TikTok user chuckled: ”What exactly they have to say? I mean it’s like if I work in a rail station and complain about the trains noise…”