I missed out on the first incarnation of Batley Variety Club, a nightclub built on a former sewage works that was modelled on those in Vegas and attracted all the stars: Louis Armstrong, Shirley Bassey and, erm, Ken Dodd.

I also missed the second incarnation – when it shut in 1978 and re-opened as “Crumpets” which, by all accounts, had a slightly different feel to it.

Later on it became the Batley Frontier – which I caught a little bit of (although the less said about that the better), then that shut and it became a gym. And who wants to go to a gym?

It’s an interesting part of the world, Batley and Spen. Not quite Leeds but close enough that we never held it against them.

There’s an Ikea at Birstall if you enjoy spending the weekend arguing with loved ones, and a cinema where I saw Jurassic Park for the first time.

There’s also Cleckheaton, where I worked as a door-to-door salesman. I lasted 24 hours, fed-up at having doors slammed on me, waking up people and generally angry responses. I went off to try journalism instead, which – as it turns out – is almost the same.

Anyways, it’s the turn of Labour’s canvassers to try their hand at selling their wares, and by all accounts it is not going so well.

The polls have the Tories at a six-point lead in Thursday’s by-election. The response on the doorstep has been described as “nightmarish”. There are national issues as well as some local ones.

You know? The actual important things: The police station is shut. There’s no magistrates court. There are potholes “you could quite easily sleep in”.

That’s a George Galloway quote, Mr Galloway, of course being the really big headache in town for Labour.

Mr Galloway is an astute politician. There are attempts to paint him as an “opportunist” as though that is a slur.

Of course he is an opportunist. He spotted a chance and is taking it. And he is taking votes from everyone.

At this rate he will bleed enough from Labour to let the Tories in. Mission accomplished, off into the sunset, fedora on, Indiana Jones style, leaving Keir Starmer in the Temple of Doom.

This column is not in the business of predictions. I have just seen a colleague from the FT have to eat part of his hat for calling the last by-election wrong and I am not getting into that game.

But it is beginning to look like a probable Labour defeat rather than a possible one.

As Mr Starmer’s senior team have all moved on, there is no one left to blame but he will survive – although the performance will bring up matters that urgently need to be addressed.

Because the other interesting numbers out of Batley and Spen, which should be Labour turf, show Mr Johnson has a net approval rating of +18. Mr Starmer’s is minus 32. 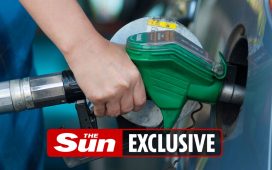 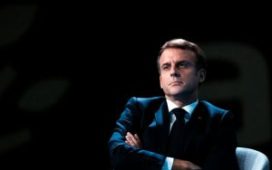 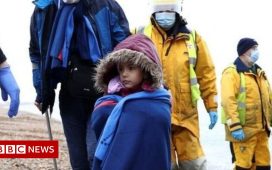