NEWSCABAL
Home » ‘If only it actually served pints’: our critic on the pub that took the Turner prize
arts and design


The verdict is in for the most virtuous Turner prize ever. Salmon farming may be ecologically sleazy, community fellowship on the streets of Cardiff a good thing, sound systems a radical subculture, and neurodiversity in need of understanding – but the most important good cause of all is anti-sectarian pro-diversity activism in Northern Ireland. The judges have recognised warm and fluffy protest artists Array for their “hopeful and dynamic artwork”. It’s hard to see this as a purely artistic victory. By only shortlisting collectives with strong social messages, this year’s prize has put aesthetic achievement pretty low on its list of “values”.

Admittedly, Array did create one of the most artistic moments in this year’s Turner. Their cosy, ramshackle installation of an alternative pub with stuffed dummies, LGBTQ+ posters and a corner bar suggests a benign version of American artist Ed Kienholz’s classic sculpture The Beanery – except he created his copy of a Los Angeles bar 56 years ago.

Yet I can’t help thinking Array’s cheerful pub would be even more “hopeful and dynamic” if you could actually have a pint in it. This is only an impressive artwork in the context of this year’s dry and at times utterly amateurish Turner. It echoes any number of theatre sets. The difference is that on stage it might be filled with good writing and acting. Instead, all you get is a video of an alternative awards ceremony for divas of all genders. It’s fun, and surely has relevance in a region bedevilled by religious bigotry, but it only has the thinnest smear of artistic meaning.

The Turner has always enjoyed shocking by rewarding artists who seem to have slender claims to traditional talent. Array by contrast have plenty of talent and use it for a purpose. You can picture them all chipping in to design costumes and posters for their street protests and parades, and getting together to build their comfy den. Plenty of people learn skills at art schools but will never get to be famous or rich artists. In that sense, the 2021 Turner is a realistic corrective, showing off the work of people who deploy their gifts in useful ways far from London galleries.

But as art, the results are saggy and diffuse. You sit in the pub, watch the film – and it’s nice enough for five or even 10 minutes. I saw it in September and it has not stayed with me. Art is good when it haunts your soul. The soft impact of Array is like going to a carnival or fete. And think of all the other things art has to compete with – from TV drama to the news. Almost everything makes a bigger impact than this.

Giving the prize to Array makes sense in the terms this jury set itself. And it will probably save this year’s Turner – the most critically panned in its history – further shame. An installation of a subversive pub is something that looks like Turner prize art. But where does this award go from here? The Turner no longer seems to have anything to do with the best art to be found, or art’s future, or anything except a set of rules that the Tate keeps rewriting and only a handful of curators care about.

The limits of Array are as obvious as their virtues. I support their causes – why wouldn’t I? – and they give off a whiff of creativity. But this is a cultural cul de sac. We are being told by the Turner to admire contemporary art in the patronising and supportive way we’d praise a bad school play. 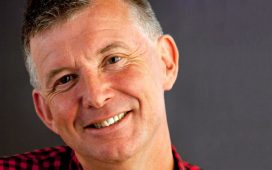