NEWSCABAL
Home » If Omicron is on the retreat, that’s bad news for the Conservatives | Larry Elliott
politics

If Omicron is on the retreat, that’s bad news for the Conservatives | Larry Elliott


After two years, there is light at the end of the Covid-19 tunnel. Daily recorded cases of the Omicron variant are falling and it seems likely plan B restrictions will be eased in England at the end of the month. Nicola Sturgeon has relaxed the 500-person limit on mass gatherings in Scotland.

The return of life to something approaching normal ought to be unalloyed good news for the government. After all, the pandemic has resulted in the economy shrinking by almost a tenth in 2020, sending public borrowing to a peacetime record.

In fact, the waning of Covid-19 as an issue may make life more rather than less difficult for Boris Johnson, because it will allow people to focus on everything else that it going on. They will be free to contemplate a 50% increase in their energy bills in April, an increase in taxes, and prices rising faster than wages. Chuck in higher interest rates from the Bank of England and it is not hard to see why even Tory-supporting publications have been warning about a cost-of-living crisis.

Warren Buffett, the veteran US investor, once said that it’s only when the tide goes out that you see who’s been swimming naked, and rarely has that maxim seemed more apt. Even though the economy will continue to grow this year, for many voters 2022 is going to feel more like a recession year than 2020 did.

It is taking the government a long time to realise the political peril this represents, particularly at a time when public anger over the parties at Downing Street is palpable. Labour has been running hard with its “them and us” attack on the prime minister over adherence to lockdown rules, but it now has the opportunity to mount the same argument on the economy: the rich are benefiting from soaring house and share prices, while those struggling to get by will be clobbered by an increase in national insurance contributions and £600 a year on the average household’s fuel bills.

At the height of the pandemic, it was hard for Labour to get a hearing on the economy. Nobody was really interested in what the main opposition party had to say during a health emergency; and, in any case, Labour was broadly supportive of the measures taken to prevent lockdowns leading to mass unemployment.

That’s now changing. In part, that’s because money is no longer gushing out of the Treasury at the rate it was. Rishi Sunak announced £1bn extra for hospitality firms in December, but previously decided not to continue with the £20 a week uplift to universal credit announced at the start of the pandemic and insisted on a national insurance (NI) increase to pay for extra spending on the NHS and social care. Both those decisions – controversial at the time – look even more questionable in the light of the subsequent jump in global energy costs, a price shock reminiscent of the 1970s.

But in part, too, the government’s delay in responding to demands for consumers to be shielded from looming price rises has allowed Labour to fill the vacuum. Its plan includes a temporary cut in VAT, consumers not being expected to pick up the tab for the costs of the more than 20 energy companies that have recently gone bust, and a windfall tax on North Sea oil and gas to help pay for an expanded and more generous warm home discount – the help with bills provided to those on low incomes. Under Labour’s proposals around one-third of UK households would see virtually no increase in their bills next year. There would be something off bills for everyone, with extra help for those who need it most.

It is quite hard for the government to push back against Labour’s ideas. The prime minister himself said during the EU referendum campaign that one of the benefits of Brexit would be the freedom to set our own VAT rates, and the first Thatcher government imposed a North Sea windfall tax in 1980. Accusing Labour of being the party of tax and spend has its difficulties for the Conservatives, given that taxes are on course to be their highest since Clement Attlee was prime minister.

Whether the energy crisis represents Keir Starmer’s breakthrough moment remains to be seen. The good news for the government is that unemployment is low and inflation is expected to fall back later in the year after peaking in the spring. The bad news is that the time-honoured Conservative way of ramping up the economy – a house-price boom – is not an option because the property market is already red hot. While the main focus of Labour’s attacks has been the prime minister, the shadow chancellor, Rachel Reeves, has also been accusing Sunak of going missing in action. Reeves clearly thinks the chancellor is looking vulnerable, which indeed he is.

Two years of Covid have not fundamentally changed the basic rules of politics. Governments thrive when wages are rising faster than prices and living standards are going up. They struggle when the opposite is the case. Opinion polls suggest “red wall” voters are angered not just by Johnson’s flouting of lockdown rules but also by his failure to deliver on his levelling-up agenda. Given the squeeze on family budgets, there has rarely been a more opportune moment for Labour to propose an alternative to NI increases: wealth taxes on the rich. 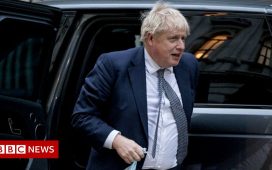 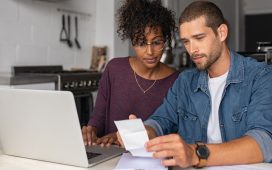 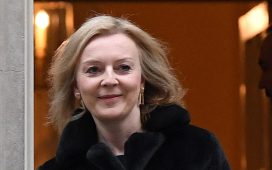