The Independent Corrupt Practices and Other Related Offences Commission (ICPC) says empowerment items procured in 2019 are yet to be distributed in Oyi/Ayamelum federal constituency in Anambra state.

The anti-corruption commission said the discovery was made during an ongoing constituency and executive projects tracking exercise in the state.

According to NAN, officers of the commission who preferred to remain anonymous, said the items — which included grinding machines, sewing machines and clippers — are allegedly stored in a warehouse.

The officers said checks with the listed beneficiaries, revealed that the items were procured in 2019 and 2020, but were not duly distributed.

“We have the list of the intended beneficiaries, but those we called said they did not receive the items,” one of the sources was quoted as saying.

The officers also alleged that they were not allowed to access the warehouse where the items were said to have been kept.

The officers also claimed that there is no evidence of the rural electrification project awarded through the Projects Development Institute (PRODA).

However, when contacted, Vincent Ofumelu, lawmaker representing Oyi/Ayamelum federal constituency in the house of representatives, accused ICPC of “witch-hunt”.

Ofumelu, while speaking to TheCable on Saturday, accused the ICPC officers of making demands outside their professional assignment.

“That is not true. They are just trying to witch-hunt themselves, not me. I took pictures of the materials when it was disbursed,” he said.

“They asked me to give them some things which I don’t think is necessary to give them. They didn’t even come to my place. They said there is a crisis between two communities, that I should provide security for them to go and check if there is empowerment material. I showed them the videos when the materials were shared and if there is any other thing they are looking for, they should tell me.

“They insisted that I should come. I flew to Abuja, to their place, to go and see them the day before yesterday. We agreed that yesterday (Friday), we will go there. They asked me to assemble those people that got the materials, which I did. We waited for them yesterday. They switched off their phone throughout the day. I told them they should do their work. Even if we are giving them anything, do your work first.

“I don’t know where their story is coming from. I don’t have a warehouse. I don’t have any material. It is just mere story. I shared all the materials I got to the beneficiaries.” 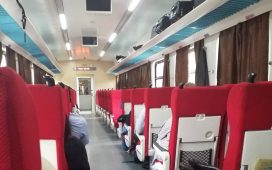 At Fayose son’s wedding: Makinde says no one should die for politicians 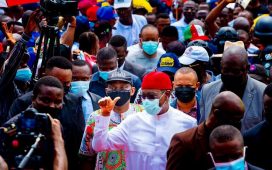 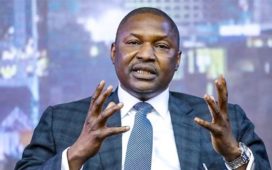