Zlatan Ibrahimovic has been fined around £43,000 for having a financial interest in a betting company in breach of UEFA regulations.

The 39-year-old has also been ordered to cease his association with the Malta-based gambling company Bethard – after it was discovered Unknown AB – his company – held a 10 per cent stake.

Despite the fine, Ibrahimovic will likely be relieved somewhat after reports in the Swedish press suggested he could be slapped with a three-year ban.

Neither FIFA nor UEFA allow players who feature in their competitions to have financial interests in gambling companies. The former can punish such a breach of their regulations with a lengthy ban.

However, in an official statement from UEFA, it has been confirmed the Swede will only face financial sanctions.

The statement reads: “The Chairman of the UEFA Appeals Body today took the following decisions: To fine Mr. Zlatan Ibrahimović €50,000 for violating Article 12(2)(b) of the UEFA Disciplinary Regulations (DR), i.e. for having a financial interest in a betting company.

“The Chairman of the UEFA Appeals Body also issued Mr. Ibrahimović with a directive aimed at ceasing the player’s association with the relevant betting company.”

AC Milan have also been ordered to pay around £20,000 due to Ibrahimovic’s breach.

“Finally, the Chairman of the UEFA Appeals Body decided to warn and fine AC Milan €25,000 for violating Article 12(2)(b) of the UEFA DR (in connection with Article 8 of the UEFA DR) for its player, Mr. Zlatan Ibrahimović, having a financial interest in a betting company.”

Any extended ban threatened to prematurely end his career, with Ibrahimovic now looking to play into his 40s.

And he showed no signs of slowing down in the most recent campaign, scoring 17 times in all competitions.

The striker recently agreed to a one-year extension with Milan after helping fire them to the Champions League for the first time in seven years.

His new deal is understood to be worth just over £5million, with an additional €1million due in bonuses if he can hit certain targets.

News of Ibrahimovic’s fine comes just days after it was revealed he would miss Euro 2020 due to a knee injury.

How much longer will Zlatan Ibrahimovic be able to continue playing? Comment below

He had only returned to the international scene in March, after quitting in 2016. But after playing twice in the build-up to this summer’s delayed tournament, manager Janne Andersson admitted he would miss out.

“Of course, it feels sad, especially for Zlatan but also for us,” Andersson said. “I hope he is back on the field again as soon as possible.” 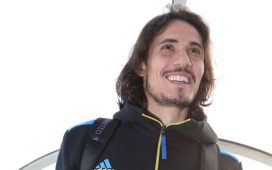