I work in a mortuary, the secrets of my day-to-day job & the creepiest myths people always want to know the answers to


A WOMAN who works in a mortuary has revealed the secrets of the job – and the most common myths about dying.

Emma Yates, from the UK, spilled all on what it’s like to work with dead bodies in a recent TikTok video.

And it sounds like it isn’t for the faint-hearted, with Emma fighting skeletons, picking out maggots from bodies, and dealing with brain stains daily.

While most people would find it bizarre and frankly gross to speak about maggots and brains all day, that’s exactly what Emma does.

She revealed some of the common secret conversations she has during her job in a TikTok video.

“Can someone just put these maggots in the bin?” and “the man’s here for the brain” are just the start. 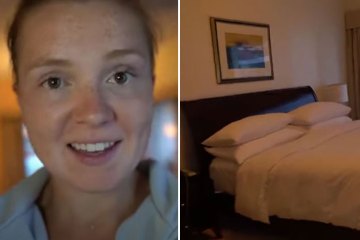 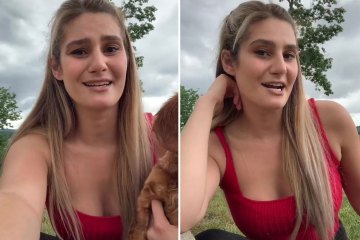 Emma revealed it can even affect your taste buds, saying: “These crisps taste like decomp,” adding in the comments that Cheese and Onion were the worst culprits.

And she even recalled one time when a foot fell off a corpse and another when she got brain all over her shirt.

To top it off, Emma’s even had a fight with a skeleton.

Recently, Emma shared a video debunking some of the creepiest myths people believe about dead bodies.

One common myth is that there’s no blood in the body because it’s dead, and Emma said it was untrue.

Another common misconception is that dead bodies can randomly sit up but Emma revealed: “No dead bodies do not sit up on the post-mortem table.

“Sometimes there is gas left in the body so the muscles will twitch a little bit but you’ll need a lot of muscle to sit up and dead bodies don’t have that.”

People tend to think your nails and hair can still grow after you die but the reality is much grosser.

In fact, the skin tends to shrink from dehydration, which gives the impression of nails and hair growing says Emma.

And while you may have thought dead bodies are always stiff, she revealed this only occurs for around 36 hours and after bodies return to being limp.

Emma added in a comment: “We always treat them with respect just as you would a living patient. Humour helps you get through the worst days.”

Viewers of the video were fascinated by Emma’s revelations, one wrote: “Wow, I didn’t know rigor mortis was a temporary state!”

“I love all of this, but know I 100% could never without throwing up. A lot. All over myself,” another added.