NEWSCABAL
Home » I won’t impose anybody on Rivers –Wike
africa

I won’t impose anybody on Rivers –Wike

Rivers State Governor Wike has declared he would not impose a governor on the state in 2023.

Wike also advised those with governorship ambition to seek the support of Rivers people, saying those hoping on him would be disappointed.

He made the statement, at the weekend, during a solidarity visit by leaders and people of Oyigbo Local Government Area, at the Government House, Port Harcourt.

The governor said: “I am not going to impose anyone on Rivers State as their next governor. Anyone who wants to be governor of Rivers in 2023 should go and try.

“All those hoping on me, I want to disappoint you. I am an experienced politician. I have seen it all. There is nobody that you will make a governor that will remain loyal to you,” he said.

Wike added that ethnic nationalities in the state have the right to contest for the governorship, advising that Oyigbo people should not be intimidated by any other ethnic group.

He said: “Nobody dashes power. You have to break the hand holding the power to collect it. Everyone is equal in this state. You need other people to be governor.

He said the emergence of any local government chairman for second term would be on the strength of his performance and acceptance.

The governor added that the emerging local governments must accommodate women and that his administration would dualise the Oyigbo-Afam as a major encouragement to the Oyigbo people to defend their votes in subsequent elections.

Speaking during a condolence visit to Wike at the Government House, Port Harcourt, yesterday, Emmanuel said the governor’s uncle lived a worthy life.

He said: “We received the news of the death of your uncle with shock. We are here to commiserate with you and show our solidarity.

“To show solidarity, some of my executive council members decided to follow me. When you have someone who has shown love, you don’t know how to define the boundaries.

“We pray God for the protection of the family. We are in Government House to serve, not to bury people. God will keep our people safe as we serve other people.”

Also, Governor Emmanuel has vowed not to dip his hands in government purse to fund the funeral of his father, Gabriel Emmanuel Nkanang.

Emmanuel, who made the vow during a condolence visit by Eket Senatorial District leaders, led by the former minister for Land and Housing, Nduese Essien, said his family was privately funding the programme of his late father’s obsequies schedule to hold on February 15. 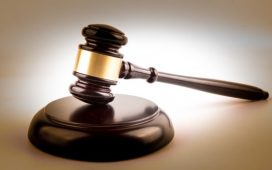