It’s the little terns and the avocets that do the trick: convincing me that I’ve made the right decision to be here. I am walking along the shoreline when I stumble on a gang of RSPB volunteers, more particularly Karen, who points out the egg of a little tern, lying in the shingle, so fragile and delicate.

I would not have seen it. I might have stood on it. I certainly would have missed the avocets with their elegantly up-curved bills and their three chicks. “We’re very excited,” says Karen, “We’ve never had them here before.”

I’m at Kessingland Ness, a small spit of shingle on the Suffolk coast south of Lowestoft and I’m starting a long-distance walk, a real marathon. The plan is to walk the Suffolk and Essex coasts from Lowestoft to Tilbury, accompanying an arts project called Beach of Dreams that hopes to bring people together around walking, and start some discussion about what’s happening to our coasts. (As I write, we have reached Ipswich, a total of 120 miles, but the final tally will be 500 miles.)

I’ve been talking about long-distance walking for a long time, but not actually done very much of it

I’ve been talking and writing about long-distance walking for a long time, but not actually done much of it. Like many people during the pandemic, I wanted to get out on something significant, but given that challenges such as the Appalachian Trail or GR10 are off the agenda, I was thinking of the British coast, maybe that of Wales or south-west England. Then Ali Pretty, founder and artistic director of arts group Kinetika, suggested I accompany their walk and write a daily account.

Since I knew almost nothing of the coasts of Suffolk and Essex, I was intrigued. Every section of the walk will be with local people who know their stretch intimately. I did have my doubts: isn’t it all flat mud and bleak caravan sites? But despite that, I signed up.

On day three, I fall into step with Colin Saunders, a veteran long-distance walker and the author of several guidebooks to trails around London, and also the High Tatra in central Europe. How does he prepare a long-distance walk?

“Decide where you want to start,” he says with a smile. “Then, how far you want to walk each day. Cut an appropriate length of string and pin it in the map at the start, then flick it out and see which routes might be possible. Then do it again for as many days as you have.”

Colin started his walking adventures in 1967 when the Ramblers organised rail day trips for hundreds of walkers, mostly young people. The outings were popular. “It was very different then,” he says. “Sometimes we would stop and dance, and we never carried any food or drink, relying totally on pubs, which usually only had beer and crisps – nuts if you were lucky!”

Colin found a group of friends who eventually became the Vanguards Rambling Club. “They’re like family now.” One favourite route from East Croydon station to Newhaven on the south coast became the Vanguard Way, a long-established path that celebrates its 40th anniversary this year.

“The great thing about it is that within a mile of East Croydon, you are in deep countryside and you stay there pretty much for all of the next 66 miles.”

At 78 years old and still clocking up about 1,000 miles a year, his hope is that younger people might find the same pleasure and camaraderie that he has enjoyed.

At Orford we take the small ferry across to Orford Ness, which feels like an island but is actually an elongated peninsula of shingle where the Ministry of Defence performed military tests until the 1970s. Hares zigzag away from us across the habitat that is called vegetated shingle, an environment rarer than coral reefs, but just as colourful at this time of year with yellow horned poppies, purple sea peas and pink valerian.

Abandoned within this are the eerie concrete laboratories and bunkers where research into atomic weapons was done. Further down the coast we come to Shingle Street, a hamlet that feels lost in time, where each beach house has a rickety table of treasures retrieved from the waves and the foreshore is a riot of wildflowers. Every day spent on this coast is a discovery for me.

We walk up to Sutton Hoo where public rights of way mean you can freely reach the Royal Burial Ground’s actual boat burial site. We do so at 7am when far down the valley mist is curling off the River Deben. While the Suffolk coast has many treasures like this, plus celebrated towns such as Southwold and Aldeburgh, for me the real gems are the less well-known and unexpected: the tin houses and churches, the boat crossing from Bawdsey to Felixstowe Ferry, the many bird reserves, and the oak forests that line the River Orwell almost all the way to Ipswich.

Five miles before we get to that city, at the thatch-roofed Ship Inn in Levington, Colin lays into a large plate of curry and a pint of Adnams. “Things have improved in some ways,” he says, with a grin. “But I don’t do the rain dance like I used to.” We have a vast distance yet to cover, and my untrained feet are a mess, but inspired by Colin, I will keep going.

See also  Couple find two kittens abandoned in an Asda bag in a bin and adopt them
Share on FacebookShare on TwitterShare on PinterestShare on Reddit
newscabalJuly 7, 2021 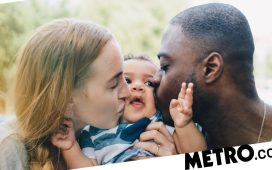 These retro baby names could make a big comeback in 2021 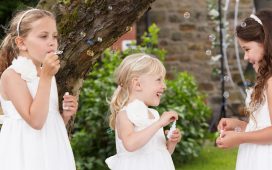 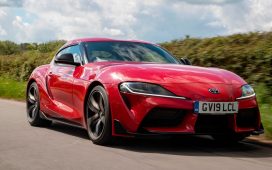 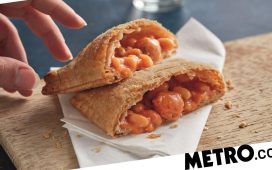