NEWSCABAL > lifestyle > I was raped but no one believed me
lifestyle

I was raped but no one believed me 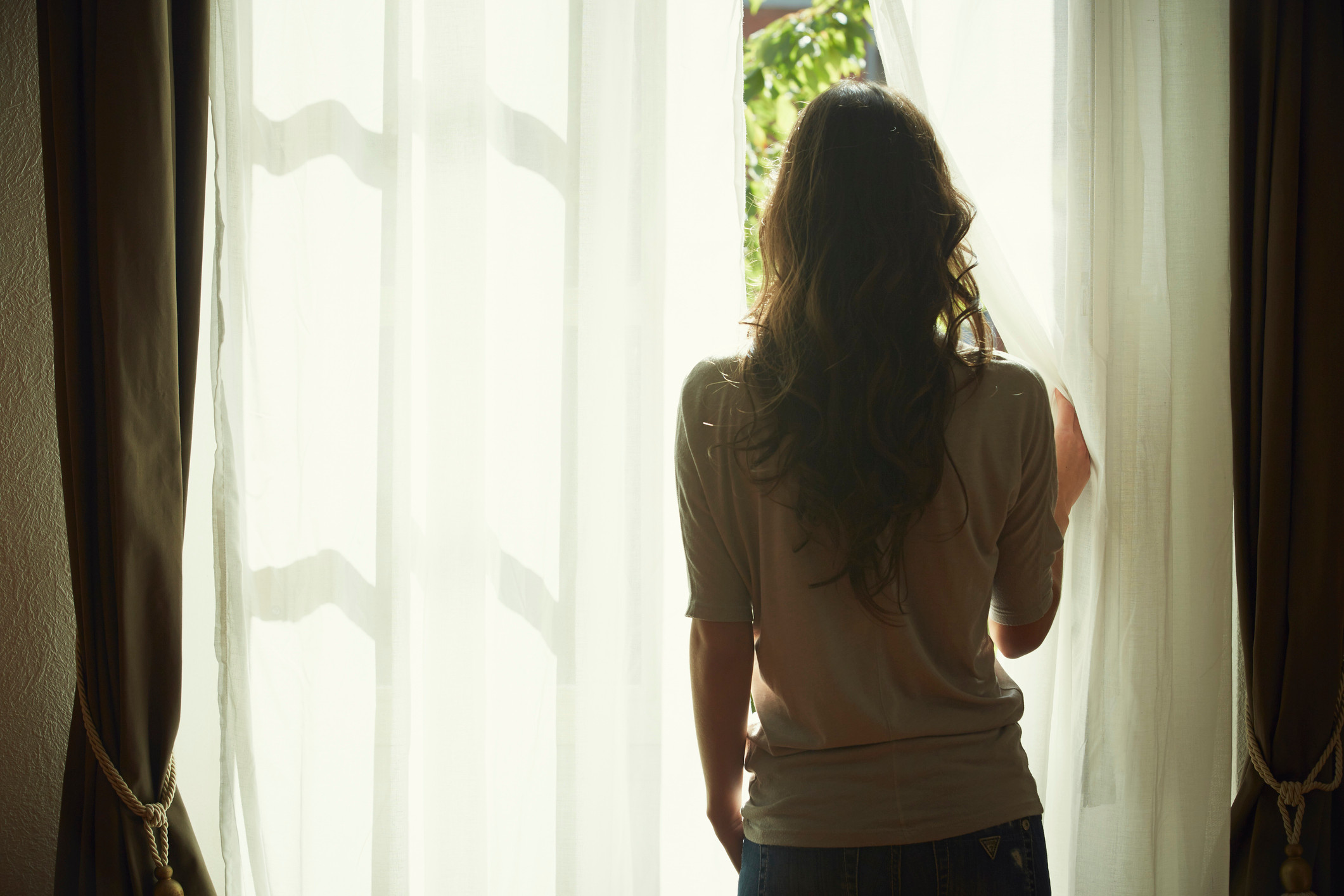 At a house party during my first year of university, my head started pounding and my stomach felt queasy as I looked down at my drink and suddenly realised I had previously left it unattended.

It was about 11pm by this stage and I hadn’t drunk enough alcohol to warrant feeling this way, so I immediately went into full panic mode because I thought my drink might have been spiked.

I decided it would be best if I went upstairs to try to sleep it off. I found a bedroom and closed the door behind me while I laid down.

No more than five minutes later, I sat up with such force when I heard someone enter the bedroom. I immediately realised it was Stanley* – a guy who’d previously tried to touch me inappropriately on the few occasions that we’d spoken.

I was terrified. I really wanted to run from him but I tried not to appear scared.

‘There’s no bathroom here,’ I said to Stanley, hoping he would go away. The look in his eyes set off alarm bells in my head, but I thought that if I ignored him then he would just leave.

A few moments later, he dragged me from the bed, threw me on the floor, tore my clothes and choked me.

I tried to fight it but because I was still feeling nauseous they were just weak punches that only tickled him.

I felt like I was dying. It was as though life was being drained from me slowly. His sweat burned my skin like acid, his breath was like fire against my skin. I could taste my tears and the excruciating pain my body experienced was enough to make me pass out.

When I woke up at around 4am, I was clean. He had put me in fresh clothes, laid me on the bed and had even tidied the entire room – then left me all alone.

Realising he’d done this made me feel dirtier than when he raped me. I didn’t look like I’d been raped, and it sickened me to know that he had washed me while I was unconscious.

I went downstairs into the sitting room and stumbled across my friend Jude*, who asked: ‘Shouldn’t Stanley be with you?’

That was the moment that made me properly realise I hadn’t been dreaming. Stanley had assaulted me and probably drugged my drink, too.

I immediately pulled Jude aside to tell him about the rape and he had this funny look on his face – almost as if he had expected me to tell him I was raped.

He wasn’t concerned or surprised. In fact, he told me to quit messing around, before insinuating that it was consensual and I was just angry that Stanley had left before I woke up.

I ran to my dorm room without my phone or purse. My mind was everywhere and my body started shaking; I couldn’t stop crying and I stayed up till about 8am.

I felt like I couldn’t go to the police about the rape because I was only 16 and they would have to tell my parents.

But I knew my parents would have just blamed me for being at a party or insinuated that I got myself raped.

The incident actually happened at the end of the school semester so I spent the next two months during the break at home with my family. It was really hard to keep it from them, but it also felt awful that my parents didn’t notice at all that something was up with me.

Knowing that I couldn’t confide in my family hurt a lot.

Two months after the incident, the new semester resumed and I forced myself back because I couldn’t afford to miss classes or else I wouldn’t have been allowed to take my tests.

I was anxious and scared about going back so I developed an anxiety disorder. I had terrible migraines and flashbacks just at the thought of it.

As soon as I walked onto the campus, I felt like everyone knew what had happened and were secretly judging me for it.

A few days after school reopened, my friends brought it up so one of them called him over to try to get to the bottom of it all.

Seeing him for the first time since the rape made me feel scared and dirty, especially when he would smirk at me. Making eye contact with him was impossible because I felt so small and unsure of myself.

‘She’s not even my type,’ Stanley argued. ‘Why would I rape someone that looks like an electric pole?’

I was embarrassed and angry hearing this, he didn’t have the right to body shame me after what he’d done.

He ended up laying his case, I laid my case, our friends made their conclusion and ultimately dismissed me. It’s hard to describe how I felt – a combination of disappointed, angry, sad and weak.

They accused me of leading him on. It was a feeling of pure agony because I realised that my supposed friends could not even defend me.

I was raped but couldn’t do anything about it. I had no evidence so it was just my word against his and nobody believed me.

When I woke up at around 4am, I was clean. He had put me in fresh clothes, laid me on the bed and had even tidied the entire room – then left me all alone

Within 24 hours since the confrontation at school with Stanley, I became the girl who was so desperate for a guy’s attention that she had to resort to claiming rape to all my course mates.

I switched departments a month after being back at university because I could not bear the taunts, whispers and stigma that followed me around. I was raped but no one could stand up for me, I couldn’t even stand up for myself because they had battered my self-esteem.

Constantly having to see him around campus was frightening. Some days I couldn’t breathe and I would run back to my dorm room out of fear.

Then came depression. I found myself with little to no motivation, I couldn’t study and my grades were suffering. I also became antisocial, got angry easily and couldn’t clean up after myself.

This is when I started to question if I had truly invited him to take advantage of me. Was it the short skirt I wore that night? Maybe it was my fault after all. Maybe if I wasn’t around so many guy friends all the time, he wouldn’t have got the wrong impression about me.

Months after the confrontation with Stanley and my friends at school, I found that I couldn’t stand the sight of men or anyone who was in close contact with me. That would send me straight into a panic attack. I had to deal with the pain, fear, anger, frustration and trauma alone.

I was battling with depression and constantly telling myself that I would get better eventually. I struggled to keep my grades up and to keep the smile on my face whenever I met my parents.

I started shutting down and shutting people out – even family. For years, I carried the trauma of my rape alone.

Then one day, about three years after the rape, my cousin Alex* called me and started spewing random things at me and I found myself smiling.

We were never really that close growing up, but we got to talking and we bonded over books and our very similar personalities. After a few months, I found myself slowly bringing down my walls and we became great friends.

Three months into our new friendship, I ended up opening up to him about my rape – the first person I told since falling out with my friends.

He was hurt I didn’t tell him earlier, but he supported me and encouraged me to move forward.

He helped me to realise that I still have the better part of my life to live. Alex taught me how to move on and became my strength and motivation.

I will admit that I completely relied on him for a while, but he helped me become who I am now and he’s the reason I can tell my story comfortably. I stopped talking to the ‘friends’ I confided in who dismissed my accusations and no one else ever spoke out against Stanley.

All I know is that my recovery is a process but having his support meant a lot to me. I relied on him a lot and he was basically my rock.

My message for others whose experience of rape is not believed, is to not be afraid to speak up and to confide in the people you trust. It didn’t work out for me initially but when I eventually found someone who was truly there for me, it made the world of difference.

At the end of the day, what’s important is your well-being and nobody has the right to take that from you.


MORE : What it feels like… to survive an arson attack


MORE : What it feels like… to be hospitalised with coronavirus 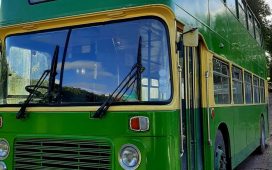 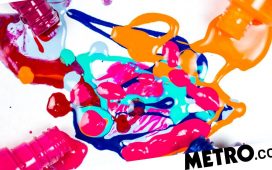 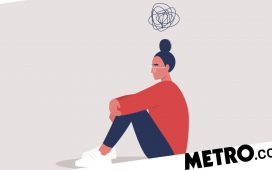 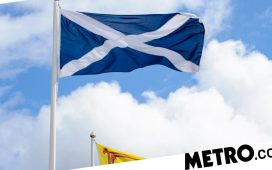