My husband Martin and I had waited so long for Bobby, having lost recurrent  babies through miscarriage before falling pregnant with him.

He was finally born by C-section on Friday 11 October 2019, and we couldn’t have been happier.

However, my elation soon gave way to a knot of fear in my stomach, as Bobby failed his newborn hearing screening test.

I felt sick with panic.

My daughter, 13, and other son, 10, had both failed their first hearing screenings, too. They were born with fluid still in their ears that just needed time to clear. I instantly knew Bobby was different, though.

I could tell there was a serious issue by how he was behaving. For instance, when I was being moved after the birth, the nurse accidentally banged the bed on the wall, which made a loud noise – but he didn’t even flinch. He wouldn’t settle in the dark, either, because he couldn’t see or seem to hear my voice, which would calm him.

That said, I think I spent those first few days in denial, not wanting to believe what I knew deep down. I’d try to convince myself and my husband that his ears just needed to clear, and would keep checking them.

By the time Bobby was 10 days old, we had confirmation that he was deaf.

The problem is in his cochlea, where hairs translate sound vibrations into signals that the brain can understand. Bobby is missing some of those hairs, which means that while he does have some hearing, it’s very limited. This is a condition he’ll have for life.

I was on my own when the news came – my husband was at work – and remember the feeling of terror that swept over me. I was desperately scared for my baby and his future.

Instantly, questions started swirling around my head: would he ever be able to go out on his own? Would he be safe to drive one day? I was distraught at the idea he wouldn’t be able to go to the same school as all the other children where we live, or ride a bike safely. I’d never thought before about how much we rely on our hearing in situations like these.

At the same time, I was nursing an ill family member. This was devastating in its own right, but also made me acutely aware that, one day, my husband and I wouldn’t be around for Bobby anymore. How would he cope? Who would look after him?

As well as the panic, there was a sense of guilt that I’d done something to cause this during my pregnancy. I was suddenly being asked by doctors if I’d drunk alcohol, took drugs, or even gone to the farm while pregnant, as I could have picked up an infection. None of which applied, but I still couldn’t shake the feeling of responsibility.

As time went on, Bobby developed lots more behaviours that I realised were linked to his hearing issues. Whenever I tried to put him in his Moses basket he would just scream relentlessly. I was in tears about it one day when my health visitor arrived – she pointed out that lying in his basket, just like being the dark, meant he couldn’t see us or hear us, so he didn’t know anyone was there.

He fed a lot more than my other two children had as well, which I now think was for comfort; he responded so much more to touch and physical closeness in the absence of his hearing.

I had to quickly learn to adapt how I comforted him, as talking and making that calming ‘shh’ sound was useless. He just couldn’t hear it when he was crying.

This was acutely apparent when Bobby was taken into hospital on Christmas Eve at just 10 weeks old, with suspected meningitis. The doctors wanted to do a lumbar puncture procedure – where fluid is collected from the back using a needle inserted between two vertebrae – to diagnose him.

I was trying to comfort him with my voice but he was screaming so hard I knew there was no way he could hear me, and I couldn’t pick him up because he needed to be in the foetal position for the procedure.

I couldn’t bear just standing there, not being able to do anything for him. In the end, I practically jumped over the bed, insisting that I had to touch him, to hold his hand. The doctors let me sit with my hand on his cheek, so he knew I was there with him. It was heartbreaking.

Thankfully, he was given the all-clear and was sent home just before the New Year.

A month later, Bobby was fitted with hearing aids. The difference they made was incredible; it was like he was a different baby.

The biggest thing I noticed was that he suddenly became verbal. When I spoke to him he spoke back – in his own baby language, of course. And he started chuckling when his brother and sister played with him. That reaction was just beautiful. It felt amazing to see him finally able to join in with the fun.

Since then he’s also been given a radio aid, which has made a huge difference again. The transmitter is worn by the person talking to him while he wears the receiver, so background noise – which hearing aids can amplify – is cut out.

Still, I’ve become very aware of the stigma surrounding hearing aids. My husband – who was diagnosed with a hearing issue later in life – didn’t want Bobby to wear them at first because he was worried about bullying. And that seemed to be a common reaction when I spoke to other people, too.

But I was adamant this was no different from when we were told our older son needed glasses when he was one. In that instance, there was no question: the glasses were going on him. I knew it was the right decision for him.

As a society, we’re just not as accepting of hearing aids as we are of, say, glasses. I can only put it down to a lack of understanding and education around deafness –something I’m motivated to try and help change in any way I can.

So, I’ll never try to hide Bobby’s. Instead, I’m the mum that gets the brightest hearing aids and buys Toy Story stickers to put on them. I’ll also happily take them out and give them to friends and their toddlers to look at so that they get used to them. Because there’s nothing to be ashamed of, there’s nothing embarrassing or taboo about wearing them.

We’ve come a long way since his initial diagnosis, helped hugely by the amazing audiology team at our local children’s health centre in Wolverhampton. Their guidance and expertise has been amazing.

I’ve also found invaluable support through the National Deaf Children’s Society (NDCS). They have a helpline you can call for any reason at all, from asking about medical procedures to getting emotional support. They also run sessions – which are virtual at the moment, due to the pandemic – to help you understand your child’s condition and for parents to chat, ask each other questions and share experiences.

The NDCS really has made a very, very difficult situation a lot easier, and I’d urge any parent going through a similar situation to get in touch with them.

We don’t yet know what caused Bobby’s condition and perhaps we never will. But I’ve made my peace with that, choosing to focus on simply enjoying his early years – just like any other mum.

Bobby is coming on in leaps and bounds now. He is no different to other children and I don’t worry at all anymore about his hearing having a negative impact on his future.

I honestly believe there’s nothing he can’t do.


MORE : My label and me: being deaf is a gift


MORE : As a deaf woman, I’ve been failed by the mental health system 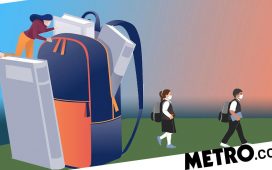 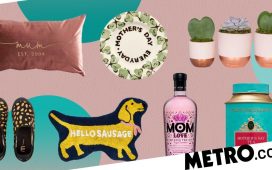 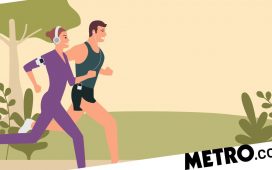 Why buddying up is the key to a successful workout

My friend’s mantra, ‘Face on, joggers off’, has inspired me – it’s time to rediscover the joys of dressing up