A woman on Reddit wants to be the one to get down on one knee, but her friends think she’ll end up ‘hurting’ her boyfriend as they say it could be ’emasculating’

In today’s society, we’re much more accepting when it comes to breaking down barriers for women and traditional gender roles are being left behind.

But one woman on Reddit has discovered there are still some people who don’t want to let go of their gendered views – as her friends told her she would “humiliate” her boyfriend if she proposed.

The woman explained she and her partner have spoken about marriage and she wants to surprise him by getting down on one knee at his birthday party in March, but her friends have told her not to because it might make him feel like less of a man.

She said: “I met my boyfriend almost three years ago now. Things remained professional and friendly between us for months because we were working for the same corporation, but as soon as we kissed we took things seriously.

“It then all evolved quickly and very naturally. I’ve never felt as happy and safe romantically as I can be with him. Marrying each other is something we both see happen, and we know that’s something we want.

“Talking with a mutual friend, I admitted that I was considering proposing at his birthday party in March, but I was not expecting the friend to laugh at me.”

The woman claimed her friend told her she would “hurt” her boyfriend by proposing as it would likely emasculate him, as it is traditionally a man’s job to get down on one knee.

She added: “He said that I should know better than to propose to such an ‘alpha, strong, proud man’ and that it would only hurt him if I was the one making that step because then it would be humiliating to him.

“The discussion shocked me so I asked a few of his friends who all claimed the same. They said the man has to propose and if I don’t give him that chance, it will be the same as publicly castrating him.”

Commenters on the post were split on the subject, as while many of them insisted the gender of the person proposing doesn’t matter, they were also keen to mention that surprising him in public isn’t a good idea.

“The thing you can’t do is propose at a public function, it creates immense pressure to say yes. Just arrange a private place to ask or discuss marriage.”

And another added: “You’re not the a**hole for wanting to propose, but you would be the a**hole if you did it publicly, especially on his birthday.”

While a third commented: “If you propose in private it’s fine. But you would be the a**hole if you proposed in front of his friends.

“You already know that even if your boyfriend is overjoyed, his friends are going to crap all over this event and make you both feel like shit.”

Easy wins: round up savings for a pleasantly lucrative payday you didn’t have to think about

Middle-age spread: it might not be as bad as you think 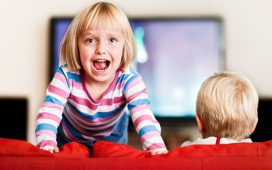