A YOUNG woman who thought her itchy skin was heat rash was told it was actually caused by cancer.

At just 24 years old, Evie Daniels was shocked to be diagnosed with Hodgkin lymphoma in March 2020.

She had been suffering symptoms of the disease since May 2019, but admits she had blamed them on the hot weather.

Evie, from Bridlington in East Yorkshire, said she was “suffering with excruciatingly irritated skin that was itching all the time, resulting in me scratching myself until I was red raw and bleeding”.

The sweet shop assistant told Hull Live: “I started showing symptoms with unbearably itchy skin, tiredness and the odd night sweat, but with it being summer, it was impossible not to blame all my symptoms on the weather.”

But when her symptoms continued into the winter, she thought something “wasn’t quite right”.

In hindsight, she also found a lump in November 2019, but she “just tried ignoring it” amid her busy life.

But as Christmas approached, Evie decided that it was best to book in with her GP to get to the bottom of her symptoms.

Eventually, Evie went to her doctor in January last year, leading to blood tests and an ultrasound on her collarbone.

A biopsy delivered the final devastating news Evie had Hodgkin lymphoma, diagnosed around 2,100 times a year in the UK, mostly in people in their early twenties.

One in three people with the disease have itchy skin. Unexplained weight loss, swollen lymph nodes and night sweats are also common signs.

Evie said she couldn’t quite comprehend what was happening when she was told she had a life-threatening disease.

“The prospect of facing your own mortality in your twenties isn’t something you expect to happen”, she said.

Evie started chemotherapy on April 6 2020 at The Queen’s Centre at Castle Hill Hospital.

Due to her age, she was offered embryo retrieval which would ensure she could try for children in the future, as chemotherapy can destroy fertility.

Evie and her “incredibly supportive” boyfriend Tom were keen to have the fertility saving treatment.

However, due to the Covid lockdown, the centres that offered the service had closed.

Evie said: “When we heard the fertility news, we were both really disappointed but I decided rather than dwelling on the prospect of trying to have a fertility treatment, and push back my chemotherapy even further, I’d just drive straight in.”

Evie went on to receive chemotherapy every second Monday for six months.

After only one month, the side effects of chemotherapy kicked in and Evie “began to crash and feel awful”.

She described having to go to hospital alone – due to Covid restrictions – as “really awful”.

But the “biggest loss” she hadn’t prepared for was losing her long, brown hair.

“I couldn’t cope with having it come out in clumps anymore, so we made a fun situation out of it and I Facetimed some family and shaved my head”, she said.

What are the signs of lymphoma cancer?

Lymphoma can cause many different symptoms, depending on which type of lymphoma it is and where it develops in the body.

The most typical signs are:

Other signs of lymphoma cancer in a more localised area include:

Evie said the chemo also had an effect on her memory, which she says is often referred to as “chemo brain”.

She said: “It just makes me very forgetful and unable to focus on anything for a long period of time, I think the mental effects and physical strains still have a big effect on me now.”

Overall, treatment for Hodgkin lymphoma is highly effective and most people with the condition are eventually cured, according to the NHS.

Three-quarters of those diagnosed survive for ten years or more after diagnosis.

Evie had brain scans in December to assess how her cancer had responded to treatment.

She said: “My oncologist wasn’t 100 per cent happy with giving me remission status as he saw a few bits and pieces in the scan that he wanted to keep an eye on which he thinks could be left over activity from the chemotherapy.

“So I’ve got another PET scan in March and two weeks after that I’ll find out my status on whether I’m in remission or if I need more treatment – I’ve got everything crossed for good results.”

After her dreadful experience, Evie is keen to spread awareness of her cancer so no one else puts off seeing the doctor.

She has teamed up with her friend and fellow lymphoma survivor Charlotte Cox, who has launched the charity Lymphoma Out Loud.

Evie said: “Lymphoma does not care about your age, your gender or your plans for in life. It doesn’t care about anything, it can affect anybody.

“Don’t try and ignore it in the hopes that it will go away.

“Having experienced this first hand with numerous symptoms for months and ignoring them until they became unbearable, I don’t want anyone else to go through the months of uncertainty and anxiety.”

Charlotte was diagnosed with Non-Hodgkin lymphoma aged 26 and feels as though GPs ignored her concerns.

She says doctors told her that she was “too young for anything serious to be wrong”.

Brazil Manaus Covid variant – what are the symptoms of the new strain?

It wasn’t until Charlotte’s sister dragged her to her own local GP, where she was referred for further tests, that it was confirmed that she had advanced and progressive lymphoma.

The cancer had been there for two years and was now incurable.

Her mission is to ensure everyone knows the signs and symptoms of the disease. 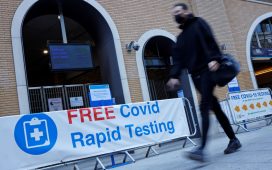 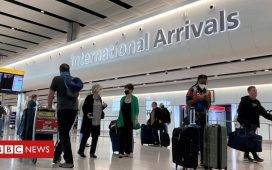 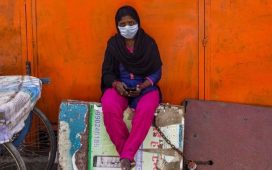 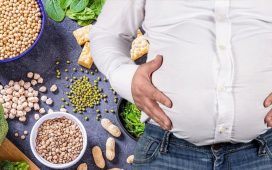 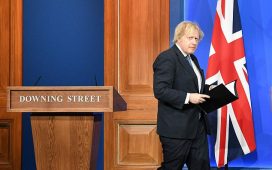