NEWSCABAL
Home » I survived rape, but I didn't understand what trauma would do to me | Lucy Hall
health

I survived rape, but I didn't understand what trauma would do to me | Lucy Hall


Last month I thought about taking my life and wrote a note. I hadn’t made up my mind about dying, but I thought it was best to be prepared. I used the most legible form of my handwriting I could, I kept it succinct and without blame. I hoped the core message would come through: “I have tried so, so hard, but the pain is too much.”

I didn’t realise the irony. I didn’t realise yet that it was the “trying” that was killing me. I was trying much, much too hard to be OK and to be happy. And because I wasn’t (and am not) happy – or, a lot of the time, OK – I felt like a failure. This feeling of failure was the thing making me want to die. I hope that in detailing the depths of pain I felt that night, this article might help someone.

In her book on trauma and survival, My Body Keeps Your Secrets, Lucia Osborne-Crowley writes about alcohol addiction as a coping mechanism in the wake of her rape. She writes: “All these months of self-medicating were driven by the belief that if I just waited for more time to pass, if I just got myself to the next day, to the next appointment, eventually it would get better. It didn’t.”

Time does not heal all wounds, she says. There are some things you cannot just live through. “You have to feel them. Really, really feel them. Feel them until the feelings run out. As my best friend says: the only way out is through.”

Like Lucia, I am a trauma survivor. I have been raped and attacked with a knife. I spend a lot of time thinking I am about to be killed.

When I was raped four years ago my life changed overnight. I was diagnosed with PTSD and referred to the Priory mental health hospital, but relied for two years on the financial support of my parents to have immediate and specialist therapy. The resources for rape survivors on the NHS are few and far between, I discovered quickly. I went to the police too, but the experience was violating. They had my phone for 18 months. They turned up unannounced at my house on several occasions. Eventually I dropped the case because my mental health was suffering too much, and I had no faith in a conviction (the statistics speak for themselves).

When I was attacked again, two years later, I felt I couldn’t tell anyone. I started vomiting almost every day and went to the doctor, who dismissed me instantly. I felt nothing but shame. I had, by then, stopped therapy and at first I felt unable to ask for more financial support, but after languishing on an NHS waiting list I eventually went back to private therapy, feeling neglected by public services and medical professionals alike. The shame I felt from this second act of violence remains intense.

When I wrote the note, I was in the middle of a period of (literal) isolation having tested positive for Covid. I slept most of the time, ate pizza, watched a trashy film, then slept again. But once I started feeling a little better, my mind entered its own struggle.

I live alone, in a nice flat, but with no outdoor space, and I have quite extreme ADHD, which means I am mentally and physically restless. I am single, and while I have numerous loving friends and family who continued to check in, there was no one person for whom I was a priority. I enjoy my own company a lot: I go on holidays on my own because I prefer it; I take myself to dinner and to the cinema; I can strike up conversations with anybody if I need to. In so many ways that other people envy, I am incredibly comfortable in my own skin.

But during this period of time, sitting on a small sofa in my north London flat, I have never felt more alone. I called the Samaritans, which means – I suppose – that I wanted to be saved. I didn’t tell anyone else how serious my feelings of hopelessness and isolation were: I knew I wouldn’t be able to bear the frustration of trite responses and platitudes, no matter how well intended. The Samaritans got me through that night.

The next day, I got a negative PCR result – I was clear of Covid. This was not a relief, though, because my physical symptoms had returned. What was wrong with me? I went to the hospital and spoke to a doctor for more than half an hour, who told me, gently but firmly, that the physical and emotional trauma I had been through following the attacks was incredibly serious; and if I continued to downplay it, the physical pain I was in risked becoming long term. “Your body is shutting down in protest,” he said. “This is what happens with unprocessed trauma.”

I left the hospital in a daze, unsure how to navigate the next few hours (let alone the rest of my life). I replied to a backlog of kind messages asking how I was. I replied, explaining I didn’t have Covid, but actually the reality was – for me – a lot more serious. “Great you don’t have Covid!” the responses rolled in. Some of the messages had top-ups of “but that must be tough”. I closed my eyes and cried for about four hours.

For the first time in my life, I understood fully how much time and energy I had spent fighting my own pain. And I saw clearly what I had to do now. I had to let the pain in.

After that, and up until now, I have sunk into a deeper part of myself. I cry more than I used to because I don’t try to fight back tears. I allow myself to feel flat and hopeless. I read when I want to. I sleep as much as I have to. I don’t drink to numb pain – it doesn’t work, I now fully realise.

I am determined to let myself feel whatever I need to feel, be that pain or joy. And I want to feel joy. I do want to live.

But the luxury of feeling things requires support. It requires mental health services to be properly funded, so people in my situation have a proper place to go: I shouldn’t have had to rely on a charity to get me through the night when my life was essentially in danger.

I am lucky that I can express this in writing. I am lucky I have the words. Writing this piece was a huge relief. If the pandemic has taught us anything it’s that we need to prioritise emotional literacy. This must start at school, and should be a priority in education.

To anyone who has felt these things, to anyone living in the wake of violence and abuse, I want to say that you are not alone. I was helped – perhaps even saved – that night by the kind man I spoke to from the Samaritans, by Lucia’s book, and by another book which has become my bible, The Body Keeps the Score. These books have made me realise that fighting pain is self-destructive. That in learning to live with trauma we have to face it. The only way out is through. 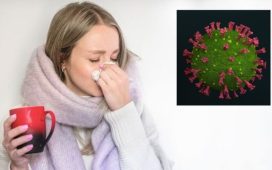 Omicron variant: The 'most important' symptoms to be aware of – have you spotted them? 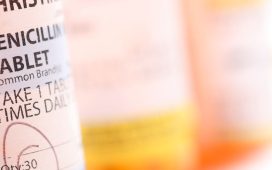 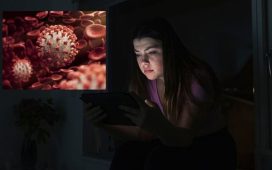 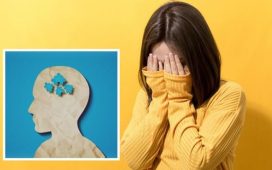 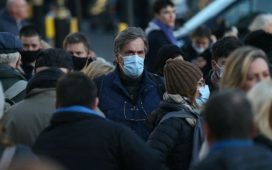