NEWSCABAL > lifestyle > I put my mum in drag during lockdown
lifestyle

I had just finished putting my mother in drag for the first time, and all three of us couldn’t believe our eyes.

My mum’s eyes glistened almost as bright as her highlight as she started to chuckle in disbelief and fluttered her larger-than-life false lashes.

I saw her widened smile turn into a ferocious pout as she grasped how I feel every time I’m in drag; this is its power.

The first drag show I ever saw was with my mum. In fact, she was the one who bought the tickets and asked me to come along.

I remember seeing her face light up when she saw the show in the newspaper, saying, ‘Finally! There’s a drag show next week, you wanna go?’.

I think she was waiting for me to turn 18; seeing me binge-watch and cry over RuPaul’s Drag Race for years probably influenced her desire to go, and she knew it would mean the world to me.

It was held at a small local bar, The Frog and Fiddle. They had regular shows and it had become a staple in the Gloucestershire drag scene. I walked into that place and had no idea what I was in for.

I never take my mum for granted; not many gay sons can say their mum bought them tickets for a drag show. I realised in that moment just how lucky I was.

It made complete sense to go with my mum, because she’s always known I was gay and it was through her that I learnt so much about the queer community and its rich history.

From Alan Turing to Lily Savage, my mum even introduced me to Priscilla, Queen of the Desert soon after I came out. There was no one else I’d rather be with at that moment.

We screamed, we sang, and we spun to every song as we swore it wouldn’t be the last show we attended together. The colourful performances were endless and I felt truly free and accepted for the first time in my life.

I remember dressing up as Snow White at the age of four; my mum consistently embraced my queerness ever since I began to express it. I knew this was the place for me.

After the show, we rushed to meet the host, Misty Monique. I directed several drunk and excited compliments towards her and my mum mentioned how much I’d love to be up on that stage.

That’s when Misty recommended entering the drag competition that summer. My heart dropped to my stomach – I never thought this would actually happen. Then I saw the excitement on my mum’s face and all my doubts flew away.

So I did! I created my drag persona before entering the Cheltenham-based drag competition, ‘Drag Wars’. This was the beginning of Ophelia Cox – a name I gave myself with the help of my mum, obviously. A campy, tongue-in-cheek name that fit my humour perfectly. We loved it instantly.

I owe it to her for allowing me to become this fierce and unapologetic queen. She’s attended almost all my shows to date and never stops encouraging me to challenge myself. I call her my drag ‘mumager’ now.

My first time in drag was for the competition audition clip, and looking back I was a hot mess. But however unpolished I may have been, I felt like the most glamorous queen to grace the earth.

My mum almost cried when she saw me in full drag. ‘You look incredible!’ she said. ‘I’m so proud, I can’t believe you’ve done all this yourself.’ Only she was wrong, this was all her doing.

The competition came and I had the time of my life – the support from friends, family and strangers blew me away. To my surprise, I made it to the final a month later. I didn’t win but that was never the plan; I made my mum proud and that was my biggest prize.

A week after the final, in September 2018, I started my first day of university with a whole new level of confidence. A year later Ophelia was back, as I performed in a drag show at my very own campus bar.

I’ve always appreciated the art of drag, but nothing made me realise the power it can have until the first national lockdown last March. I was fortunate enough to be at home with my parents and I was looking forward to spending some quality time with them.

However, as the weeks and months went on, my mum and I started to feel pretty down and overall fed up. She worked constantly, and as a cleaner she counted as an essential worker. I could see she was losing herself and it hurt me to see her struggling.

We had just finished watching the first season of Rupaul’s Drag Race UK and one episode stood out in particular: a makeover challenge where the queen’s put their mothers in drag. She said to me, ‘Oh, I would absolutely love to do this, it looks so fun.’ I guess lockdown seemed like the perfect time.

I rely heavily on makeup and wigs, but fortunately for my mum she’s a natural beauty. She loves a bit of glam every now and then, but nothing compared to drag.

Shimmery lip gloss to a dark matte red lipstick and false lashes – she wasn’t ready for this. At least that’s what I thought…

After two hours of glam and wig testing, she was ready. I took my hands away from her eyes as she stared bewildered into her reflection; she saw a whole new woman.

It was amazing to see her so happy, her colour and buzz was back. ‘I’m Ivanka Cox!’ she said, my smile grew as she explained, ‘She’s fierce and a bit of a show off. The complete opposite of what I am.’ A diva already – my work was complete.

Her newfound confidence lit a spark in her eyes and her smile grew when I suggested a photoshoot in the garden. It was the first time in a while that we were all enjoying something together and I was so proud at that moment. RuPaul isn’t wrong when he says drag brings families together.

My mum was a changed woman in the days after, she would sing around the house and smile every time we talked. She’s still riding the high of Ivanka Cox to this day. I’d never seen her so confident and our bond grew stronger than ever before. I’ve felt so much better since – and lockdown became a little less difficult.

It’s been hard being away from the colour and the laughter of the drag scene and I haven’t performed in months. I miss the buzz it gave me, but this experience was my best performance yet.

As a full-time student journalist, I don’t have a lot of time for drag nowadays as I’m focusing on my career. That being said, nothing will ever take Ophelia Cox away from me. I carry the strength she gives me everyday – that passion never dies.

My mum proved the power of drag to me. Try drag, experience drag, be a queen or king! You don’t know how much good it might bring to you.

We’ve already agreed to drag it up together as soon as we can get out there again. Who knows, maybe one day Ophelia and Ivanka will put on a show together and put all other double acts to shame. Watch this space!


MORE : RuPaul’s Drag Race UK’s Tayce reveals dad was in Wham! with George Michael and we are stunned 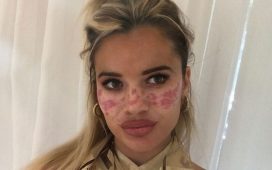 Dress to impress: how to make the perfect salad dressing | Kitchen aide 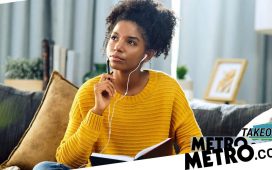 Dr Alex George: How to do a mental health inventory 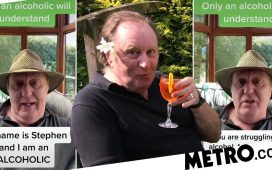 Granddad thanks strangers on TikTok for helping him to quit alcohol 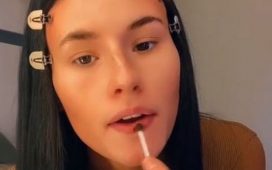