NEWSCABAL > finance > I lost my £6,000 house deposit betting on the Football Index after gambling firm goes into administration
finance

I lost my £6,000 house deposit betting on the Football Index after gambling firm goes into administration

The 27-year-old from Welwyn Garden City, Hertsfordshire, saw his portfolio drop from £7,000 to £800 overnight when the company dramatically cut dividends “out of the blue”.

He managed to withdraw just £794 before the firm was placed into administration on March 11.

He was left “completely gutted” and is now having to start from scratch to save enough money to buy his first home.

The Football Index was launched in 2015 as a gambling platform enabling football fans to put “shares” in players with rewards in the form of “dividends”.

These were based on player performance and determined by an algorithm set up by the firm, with Football Index pocketing a 2% commission for buying and selling on its platform.

It was reported to have around half a million customers.

But many claim they were duped into thinking that the Football Index was an investment platform rather than a gambling company.

Taylor is just one of thousands of people from a range of backgrounds have faced huge losses.

Speaking to The Sun a man working in banking said his £147,000 portfolio was now worth zero, whilst a senior financial services worker said he had lost £25,000 and a book keeper lost £8,000.

The service engineer who fixes coffee machines, was first drawn into the scheme by his dad in February 2018.

“I put in few hundred quid and straight away it started going up. It was the best feeling.

“I wasn’t really paying attention as you would just buy a player and the value went up. You could constantly win new money without putting new money in but it was a false sense of security.”

By November 2020, he had paid more than £2,000 on a number of top players including Jadon Sancho and Bruno Fernandes.

He also encouraged his friends to sign and was urging his girlfriend to put her £6,000 house deposit savings in.

‘I was telling everyone to get involved’

“I was telling everyone to get involved and saying that it was the best thing ever. It is quite embarrassing for me. I got three or four friends involved. Luckily my girlfriend didn’t put her money in.”

“They kept telling people it was an investment rather than a bet and calling customers traders. I am not a gambler.

“I would never gamble £6,700. I put money in because I thought the shares would always have value but I didn’t actually own anything.”

Previously you’d been able to sell your shares back to the index instantly but because of lockdown no-one was buying players and so they removed the instant sell option.

The company then introduced order books in September 2020 building on the matching engine system introduced earlier in the year which allowed traders to place bids but not offers. This led to a flash crash, coined Black Sunday by the Football Index community.

“There was mass selling and prices went down 30% and never really recovered,” said Taylor.

In November 2020 Football Index issued a statement saying it had “never been in a stronger financial position”.

Taylor said he was convinced the company had turned itself around after hearing the statement and learning about the deal with exchange group Nasdaq.

“With all of their promises I put in another £4,300. I was thinking it has got to be safe if Nasdaq are putting in.

“They have adverts in Times Square in New York, were sponsoring top football clubs and customer service were saying there was no chance of a dividend reduction.”

In January 2021 chief executive Mike Bohan said he was “extremely excited about our 2021 plans”.

INVESTING is a risky business.

It’s not a guaranteed way to make money. You cash can always go up as well as down.

Make sure you know the risks and can afford to lose the money.

Before investing you should check the Financial Conduct Authority’s register and check its list of firms to avoid.

By March 5 Football Index announced it was reducing the payouts on players by around 80% which led to a price crash.

Taylor said he was unable to sell his shares quickly because instant sell was no longer offered. He was fortunate to be able to withdraw £794 before the company went into administration just days later.

He added: “In the terms and conditions it did say they had the right to change the dividend payment in 30 days but I wasn’t expecting anything like this to happen.

“I don’t know how they got away with it. They tricked the average person into thinking they were making an investment when it was a gamble.”

Football Index has now lost its gambling licence and suspended all trading meaning customers are unable to access their money.

It has caused for MPs to demand urgent reform to the gambling industry and its regulator.

Football Index parent company BetIndex called the dividend restructure a “necessary step in a business recovery plan to seek the long-term sustainability of the platform.”

It also said its goal was for Football Index to reopen trading when a restructure was complete.

This week a new Financial Conduct Authority (FCA) report revealed more younger consumers were getting involved in higher risk investments despite often having little to fall back on.

Clocks going forward – Will the move to Daylight Saving Time cut my wages?

When do beer gardens open again?

Full list of businesses that must stay closed until April 12

SCOTCH ON THE CHOCS

Alarmingly 40% did not view “losing some money” as one of the risks of investing.

The research also found that investors were being driven by the “thrill of investing”.

Sheldon Mills, executive director, consumer and competition at the FCA said: “We are worried that some investors are being tempted – often through online adverts or high-pressure sales tactics – into buying higher-risk products that are very unlikely to be suitable for them.” 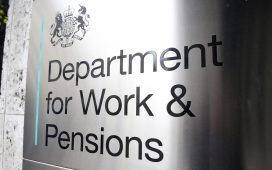 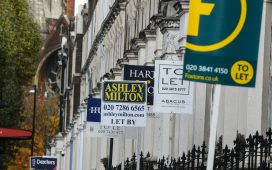 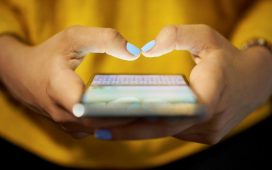 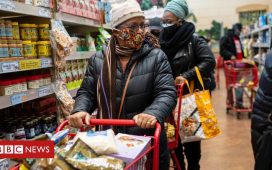 US inflation sees biggest jump since 2008