A SWIMMER fought off a massive shark that mauled his leg after he jumped into the water during a boat party.

Dad-of-two Todd Price, 34, was at an engagement party in Airlie Beach in Queensland, Australia, on Friday.

He was on a boat off the coast of Hook Island when he decided to cool off with a swim.

Mr Price then suddenly felt something pushing on his leg.

He told the Daily Mercury: “I put my hand down and felt a big head and I thought, “Oh this isn’t good.’”

Mr Price said he managed to push the shark‘s head away from him but as he desperately tried to climb onto the ladder and get back onto the boat the shark attacked him again.

He managed to get back onto the boat and his friends used first aid to wrap his leg before rushing to a nearby island to get help.

Mr Price was flown back to land and taken to hospital for emergency surgery.

He was given more than 60 stitches to treat the deep wounds in his left leg.

He joked that the shark was “just nibbling the back of my leg”.

“He had been bitten by a shark to the left leg, thigh and shin; the lacerations were deep enough to require stitches.”

She praised Mr Price’s friends for keeping him alert despite his injuries.

He said: “Any sort of shark bite is taken very seriously, and the results can be quite serious.

“However, in this instance, it seems like the patient was very lucky indeed.”

Hook Island is known to be a popular prowling ground for tiger sharks – a species second only to the great white in terms of fatal attacks on humans.

Tiger sharks can grow to lengths of up 16ft 5in and have distinctive stripes down their body – from which the apex predators get their name.

However, the species of shark in this latest mauling as not yet been identified.

The number of shark attacks has exploded across the globe as swimmers continue to ignore bloodbath warning signs – seeing nearly 800 people mauled in just nine years.

America has overtaken Australia for the number of attacks with Cape Cod, Massachusetts, now considered the shark capital of the world.

Experts report seeing 50 in the popular holiday haven alone this past summer.

However, despite a spike in maulings by the ferocious beasts and signs warning of attacks on beaches in the US and Australia, swimmers are still putting themselves at risk.

A whopping 791 shark attacks have been reported between 2010 and 2019, according to data published by the International Shark Attack File, with an annual global average of 80 bites.

It shows an incredible rise compared to data from 1970 to 1979, when just 157 attacks were reported.

Surfers and water sports lovers seem to be the prime targets, accounting for 61 per cent of victims last year.

Great whites have taken a chunk out of five swimmers since 2012 in Cape Cod, including one fatality. 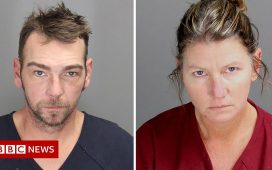 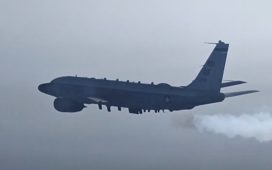