Refugee status has been granted over a person’s non-binary status for the first time in a UK court, following a landmark ruling.

The judgment, in the upper tribunal, was decided in the case of Arthur Britney Joestar from El Salvador after concluding that they would face persecution for their identity if they returned to their home country.

In El Salvador, transgender women have a life expectancy of 35 years due to violence. Across the Latin America and Caribbean region, the figure ranges from 30 to 35 years, compared to average life expectancies ranging from 65 to 81.

In July activists had welcomed the “landmark ruling” when a judge in San Salvador found three police officers guilty of the 2019 murder of Camila Díaz Córdova and sentenced each to 20 years in prison as pivotal, it was the first conviction for a hate crime against a transgender woman in the country.
The UN has repeatedly called for more to be done to tackle the violence there.

The UK ruling states that Joestar would be likely to face specific threats, including physical and sexual violence, if they returned to El Salvador.

Joestar, 29, now settled in Liverpool, came to the UK in October 2017 to escape daily abuse in their home country.

“When I walked along the streets, people threw rubbish at me from their windows – once, someone threw a plastic bag full of urine at me,” they said. “In El Salvador, non-binary people are in so much danger – I’ve seen corpses. Anything could have happened to me. I could have been tortured, raped, shot, killed.”

In one incident, in the capital San Salvador, Joestar was stopped by police. “One of the policemen started asking about my hair, telling me I wasn’t normal, that they wanted to teach me how to be a man. Then they punched me on the chest and pushed me to the floor.

“I’m not sure what was worse – the attack or when I was just left there and no one came to help me. I had a lot of bruises, my arms were bleeding and I was crying. But no one cared. It was really terrifying,” they said.

Joestar had previously been refused asylum in the UK. The first claim, in November 2018, was dismissed by the first-tier tribunal which said the police brutality “amounted to no more than discrimination” and occurred only once. The second, in February 2020, on the basis of non-binary identity was initially refused but upheld on appeal.

“The way the judge handled the case: she just understood me – all the tiny details … she saw the whole picture,” they said. “At the end, she turned to look at me and started speaking to me in Spanish,to tell me she granted me the right to stay in this country and the right to be who I want to be. I just started to cry. I felt like I was born again.”

At the appeal hearing, Judge Bruce criticised the previous decision that the Salvadorian police attack was not persecution.

“It was a physical assault, by the police, motivated by nothing other than homophobia,” she said. “Five minutes is a long time to be beaten. I do not doubt that it was for the appellant a terrifying experience.

“Having had regard to the country background evidence,” she added, “and the evidence personally relating to the appellant … It follows that the appeal must be allowed.”

The judge said previous hearings had been wrong to use the pronoun “he”.

Activists welcomed the judgment. Nancy Kelley, chief executive at Stonewall, said: “We’re incredibly pleased for Mx Joestar, whose landmark case is likely to make it easier for non-binary people to seek asylum in the UK. No one should be subject to attacks and violence simply because of who they are, and it is vital that the UK offers refuge to those for whom their own country is not safe.”

Joestar hopes the case will help others.

“All the injustice I suffered, maybe it’s worth it, to show people there is something positive to take from all the suffering. I just hope that soon people can see us and we can finally say we’re not invisible.” 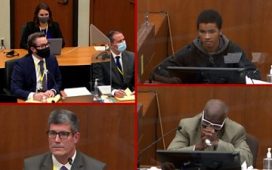 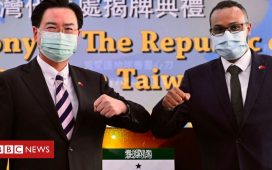 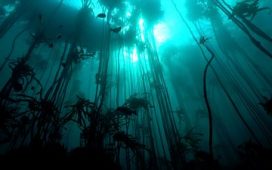