Surfer Conor Maguire has claimed what may be Ireland’s largest ever swell at Mullaghmore in County Sligo.

The area, which generally produces waves of six-nine metres (20-30ft) in height, was hit by a rare coincidence of conditions: the swell from Hurricane Epsilon on top of a mid-Atlantic depression which produced waves breaking almost a mile out and touching, perhaps, 18 metres in height.

After asking permission of the council and in coordination with the RNLI, it was deemed appropriate for Maguire and his team – including five jetskis for safety – to ride.

‘Originally when I saw the swell, I was like: ‘Oh fuck, of course it would happen during lockdown,’’ Maguire said of his potentially record-breaking wave, adding that ‘my main concern was not to offend anyone or put pressure on the hospital system’.

On the wave itself, the Maguire said, ‘it was smooth, man. I felt like butter or something … I just kind of stood there [laughs]. But it ended up catching up with me in the end’

See also  'We will work relentlessly to find the solution': EU's Sefcovic on rule of law crisis
Share on FacebookShare on TwitterShare on PinterestShare on Reddit
newscabalOctober 30, 2020 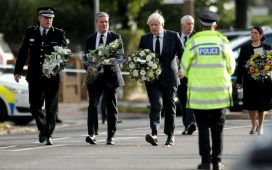 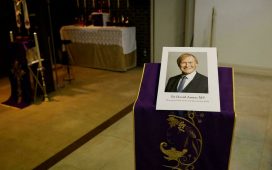