The question For 18 months I’ve been in a relationship with two other men. They’d been a couple for five years already. We made it work and moved in together. We are all in our early 30s. I have never had a relationship longer than a few weeks before this.

The attraction was equally sparkling for both of them at the start but, as time went by, I developed more of a sexual connection with ‘B’, many times being very spontaneous just between the two of us, always with almost a “cheating thrill”. We had threesomes as well.

‘A’ is loving and caring and I love living with him, too. They brought the stability, warmth and care; I brought the excitement, spark in bed, and widened their social life.

A got offended by finding out that me and B had sex during a period when the three of us hadn’t slept together for a month, which was reasonable for him to feel left aside. He said he felt we should be more like friends than partners. Since then the three of us have been living together as friends, still all going out together, but I’m not having sex with them, although they still share a room.

Everything was smooth until a week ago when I felt I don’t want to waste what we had and wanted to try to work things out as sexual partners. They said it was best to stick to being friends, which hurts. I think I’d better move out and move on, though I don’t want to.

Philippa’s answer A sexual relationship can so often be about status in one way or another. What I mean is that a relationship can fall into a destructive cycle and become more about who has the power than it is about mutuality, support and enjoyment. If we are not careful, what was a close relationship can descend into “who’s best” in some way. These things are not often talked about or acknowledged unless you are psychologically minded, and even in a couple it can be very complex. In a polyamory, the status game can be even more complex.

A “thrupple” can often come together like yours did, with an established couple being joined by a third. It might be hard to manage not being in some sort of pecking order. Sometimes, to up the stakes in a power play, one member of a couple withholds information from the other. In a three-way relationship, two members may withhold information from a third. You and B were in this situation with A. It may have been tempting to create secrets so you didn’t feel on the bottom of the pile. And it gave you a bit of a frisson, but it was ultimately destructive. Now A and B are together again, you may feel you’ve lost your position and are relegated to friend status rather than a partner, and that’s devastating. And I’m not sure whether it’s a feeling now of having been pushed out and lost status in the group that is so difficult to deal with? Or missing the frisson of “cheating” on A, or missing the sex with both of them.

In most ‘thrupples’ there is usually a pecking order…

There’s often work to do in terms of the boundaries each person in a relationship needs and where compromises need to happen so both people feel OK. Even more maintenance might be required in a long-term polyamorous relationship. A has put down his boundary. What are B’s boundaries? And yours?

What you can do is talk about it together. You can say if you could come back in, you won’t have secrets that make one of the three feel not great. Who knows, you may find a way of being sexually together that does work for the three of you? But would it feel as exciting to you if there weren’t secrets and therefore power play?

I see you have assigned a role to each of the group. A is the caring one, B seems to be the sexy one and you are the social life organiser. Beware of putting people into roles. I think this is an attempt to make people feel equal but, personally speaking, if I was stuffed into the caring role, I would not like it. You can all care, be sexy and be responsible for your social lives. Roles may help to make everyone feel valuable, but they can be limiting.

I don’t know what your childhood was like, but I wonder whether you had one parent all to yourself and the other parent was excluded. And this arrangement you’ve been in for the past 18 months felt like amazing chemistry because winning B away from A to an extent felt like coming home to a familiar dynamic.

I’m wondering whether it was lockdown that made this your first long-term relationship or whether it was the dynamic that felt exciting enough for you to want to commit to it. It may hurt because this has been the first time you experienced a longer relationship. Or maybe it’s disturbing some very early unresolved issues you have. Or, of course, it may be you just miss the sex and the intimacy you once had: sometimes a cigar is just a cigar. I hope the questions I’ve asked help you to get your head around it. I’m sorry it hurts and I hope you heal.

If you have a question, send a brief email to askphilippa@observer.co.uk 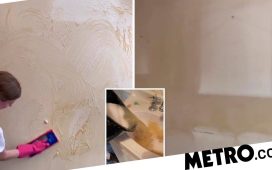 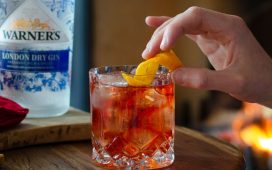